Here is a slightly edited transcript of remarks from the July 2 webinar presented by the Prisoners Solidarity Committee of Workers World Party titled, “Free Mumia! Free Them All!”

Let me start by saying bismillah. I ask Allah to guide my heart and guide my tongue. As-salamu alaykum everyone. Free the land, on the move. My name is Shafeah M’Balia. I am the Southern Regional Coordinator for Imam Jamil Action Network. Imam Jamil was formerly known as H. Rap Brown. 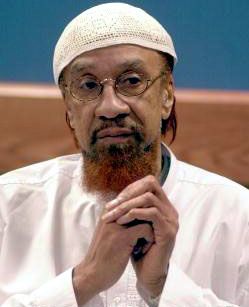 I want to thank Workers World for inviting IJAN to highlight the latest updates in Imam Jamil’s case. I also want, on behalf of IJAN,  to give shoutouts of solidarity to Brother Mumia and all the other political prisoners and prisoners of war. Free Imam Jamil! Free Mumia Abu-Jamal!  Free them all!

I never want to start talking about this case from the angle of the state. But with the shortness of time tonight it’s absolutely critical for you to have heard the voice of the person who has repeatedly confessed for 20 years to what Imam Jamil was convicted for. Five minutes is not enough to present the history, the importance, the legacy or the case of Imam Jamil Abdullah Al-Amin, formerly known as H. Rap Brown.  But it is enough time to focus your attention on the act of signing the petition for retrial for Imam Jamil at whathappened2rap.com. 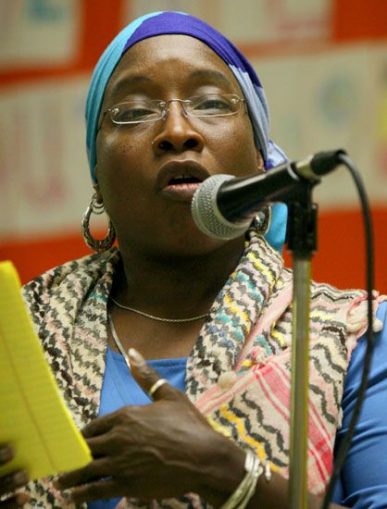 This past January, at the inaugural hearing of the Fulton County Georgia Conviction Integrity Unit — organized to hear past cases where that office had made mistakes of injustice — former U.N. Ambassador Andrew Young called on the unit to review the case of Imam Jamil. He said it was heavy on his heart because Imam Jamil had been wrongfully convicted.

The petition campaign for a retrial was started immediately, and when 10,000 signatures were reached, Kairi Al-Amin, Imam Jamil’s son, an attorney, and other attorneys filed formally for the retrial. The case is being reviewed now by this unit.

‘Keep the pressure on!’

We want 100,000 because every signature goes to the DA’s office and adds to the pressure. The U.S. empire is terrified by the threat of Black insurrection. And it is the work that is being done in the streets now that is putting pressure on all the Paul Howards and this [DA] Paul Howard to charge the killers of Rayshard Brooks.

It is that work in the streets and your focused work on this petition now at whathappened2rap.com that will win a new trial for Imam Jamil. Now in this time of uprising, when people are demanding the defunding and demilitarizing of the police and community control of the police, when people and governments around the world are speaking and marching in solidarity with Black lives in the United States, we remind ourselves that Imam Jamil was one who worked at building unity and solidarity from neighborhood streets to the national level to the international level, both before and after he became Muslim.

Now, while we fight voter suppression and attempted intimidation, Imam Jamil had the character, courage and leadership to physically defend Black people’s right to vote and to form independent political organizations to address the needs of the people. He upheld the rights of our people to defend ourselves.

Imam Jamil showed character, courage and leadership when the crack epidemic was raging through our communities to clean up the neighborhoods. You didn’t see 11-year-old girls laying themselves across car windshields at the stoplight selling their bodies for it in the West End. Now, as the police make money off our young people in street organizations, so-called gangs, Imam Jamil showed character, courage and leadership to bring them together in summits across the country to see their purpose in building peace, building security for our community and building community. That work continues today.

For those newly joining the people in the streets, the young ones who are bringing their bodies into struggle, some of the ones who’ve been out here already will tell you about Nelson Mandela, “Freedom Fighter of South Africa,” who withstood 27 years in prison for standing for power in truth.

But Imam Jamil, Mumia Abu-Jamal, Mutulu Shakur, Jalil Muntaqim, Ruchell Magee, Sundiata Acoli and many more are our Mandelas, political prisoners and prisoners of war withstanding 20, 40, 50 years and more in U.S. gulags, U.S. prisons, for standing for justice and truth.

And we know that struggle today in the streets is going to produce more Mandelas. Imam Jamil is a bridge between our Mandelas of the 60s, 70s, 80s and up until today. We ask you to stand for his freedom, to sign and share the petition for a retrial at whathappened2rap.com.