Twenty years ago, as he lay beaten and bruised on a gurney, just minutes before being executed by the state of Texas, Shaka Sankofa had proclaimed: “This is a lynching that is happening in America tonight. …  This is genocide in America. . … You can kill a revolutionary, but you cannot stop the revolution. …  We may lose this battle, but we will win the war. This death, this lynching, will be avenged.” 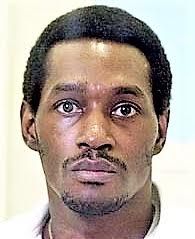 That June 22, 2000, outside the death house in Huntsville, thousands of people protested the execution all day in the scorching summer sun. Three buses filled to capacity had left Houston’s S.H.A.P.E. (Self-Help for African People through Education) Community Center early that morning.

Minister Abdul Haleem Muhammad of the Nation of Islam’s Mosque 45 had been Sankofa’s spiritual advisor for seven years and had witnessed his execution, along with his stepmother Elnora Graham, the Rev. Jesse Jackson, Bianca Jagger and the Rev. Al Sharpton.

As activists boarded the Houston buses, Muhammad said, “His life was not in vain. Through his life he called on the whole world to look at Texas. He represents everything we’ve marched for, chanted for, lost our jobs for and got arrested for. All of it has come down to this little boy born in Fifth Ward, Texas. The little high school dropout. Through all of this, our brother has evolved into a freedom fighter.”

The prison system’s police, local cops, Texas Rangers and state troopers kept the protesters separated from a small Ku Klux Klan group wearing their robes and hoods and carrying racist signs. The New Black Panther Party marched with guns to the town square. What appeared to this reporter to be a huge army tank was half a block away. Tensions and tempers were as hot as the heat index.

During the day, activists shared the mic as speaker after speaker condemned the racist use of the death penalty and denounced the approaching 6 p.m. execution. Sankofa’s 19-year-old daughter, Deidra Hawkins, pregnant with her second child, spoke in the searing sun, telling activists that if her father was killed, they had to all continue his struggle. (tinyurl.com/yaxestuh) 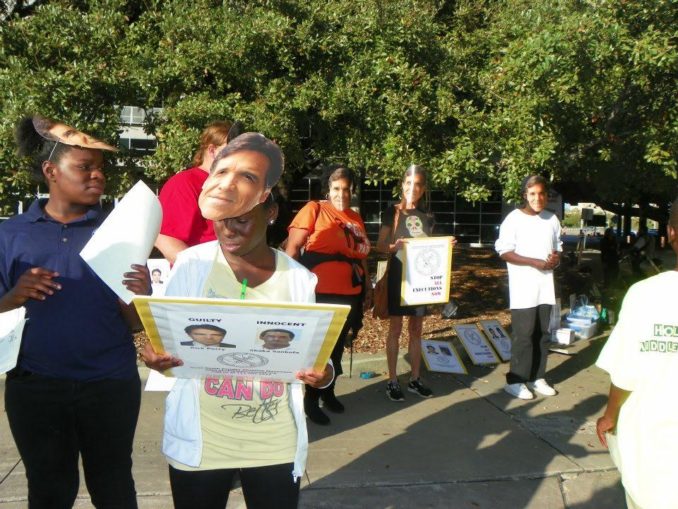 Two of Shaka Sankofa’s granddaughters participate in a demonstration at downtown Houston’s old hanging tree as Texas’ 250th execution is taking place in Huntsville, Texas. Participants are wearing masks of Rick Perry, governor at the time of this horrible milestone, Jan. 21, 2013.

Along with Texas activists, many organizations were present. Representing a delegation from Workers World Party, Larry Holmes led the chant: “Shaka Sankofa, live like him, dare to struggle, dare to win.”

The Rev. Herbert Daughtry, chair of the National Black United Front from Brooklyn, N.Y., militantly decried the killing Texas was preparing to carry out. Martin Luther King III, president of the Southern Christian Leadership Conference, was present, as were the National Coalition to Abolish the Death Penalty, Amnesty International, the Rainbow Coalition, the Texas Death Penalty Abolition Movement, the New Black Panther Party and the Campaign to End the Death Penalty.

Attorneys Richard Burr and Jack Zimmerman had filed so many appeals that 6  p.m. passed and hopes built for a stay of execution. But just after 8 p.m., witnesses were assembled for Texas’s 23rd execution that year. At 8:49 p.m. Sankofa’s death was proclaimed.

It was the 222nd execution in Texas since the resumption of state-sanctioned murder in 1982. Today that number has grown to 569. 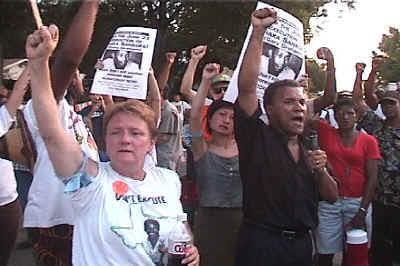 During his 19 years awaiting execution, Sankofa, born Gary Graham, had educated himself to read and write. He earned a GED and a paralegal certificate. He studied history and philosophy. He read everything from Malcolm X to George Jackson to the Final Call and Workers World newspaper. He started an organization on death row, the Endeavor Project, with a newspaper that had subscribers around the U.S. and in Europe. He led hunger strikes. And he met with activists and organizers who formed the Gary Graham Justice Coalition.

He later chose the name Shaka, to honor the great South African warrior Shaka Zulu, and Sankofa, which means to bring the past to the present. He connected African peoples’ long struggles to what he was facing.

As the date of his execution approached, worldwide support for Sankofa increased. WW editor Monica Moorehead wrote about being on a delegation to Cuba: “Many Cubans were interested in the struggle to free political prisoners, especially the cases of Mumia Abu-Jamal and Shaka Sankofa, who was eventually executed in Texas just weeks after our visit. One of those interested Cubans was Comandante President Fidel Castro. We had the honor of meeting Fidel on June 19, after we filmed the roundtable discussion seen by millions of Cubans on the island. As we sat around a table in the office at his residence, he asked us many questions about Mumia and Shaka’s cases, along with the state of the prisoner solidarity movement inside the U.S.”

Well over 2,000 people attended Sankofa’s funeral to mourn his death and celebrate his life. He lay in a gold coffin, dressed in turquoise blue and gold African clothing. Many paid tribute to this man from humble beginnings who became a leader from death row. Among those who worked diligently to save him were Joanne Gavin, who had laid out, printed and mailed his Endeavor newspapers to subscribers around the world.

Twenty years later, the legacy of Shaka Sankofa continues to be honored by his family, the friends he left on death row, anti-death penalty activists and many, many in the African-American community.

Behind the Houston headquarters of the National Black United Front is the Sundiata Acoli/Shaka Sankofa Self Determination Community Garden. His posters and photos line the walls of the S.H.A.P.E. Community Center. In California, filmmaker Micki Dickoff is using isolation during the COVID-19 pandemic to edit the huge amount of footage she filmed over seven years of the struggle to save Sankofa.

Millions around the world are in the streets today following the lynching of George Floyd in Minneapolis. “Black Lives Matter” is the rallying cry. Young Black people are spontaneously marching, rallying, disobeying laws and being arrested for destroying and burning relics of the U.S. racist past while calling out the racist present.

With his last breaths, Sankofa told the world, “They know I’m innocent. But they cannot acknowledge my innocence, because to do so would be to publicly admit their guilt. This is something these racist people will never do. Keep marching Black people, Black power!”

The system is now exposed as guilty, and Shaka’s legacy lives.