Fifty years ago, wildcatting postal workers shut down the U.S. mail for a week in the 1970 Great Postal Strike over poverty-level wages. President Nixon tried to use Army and National Guard soldiers to break the strike — without success. The strike resulted in creation of an independent U.S. Postal Service, with union contracts providing pay raises with cost-of-living escalators, a no-layoff clause and union protections. 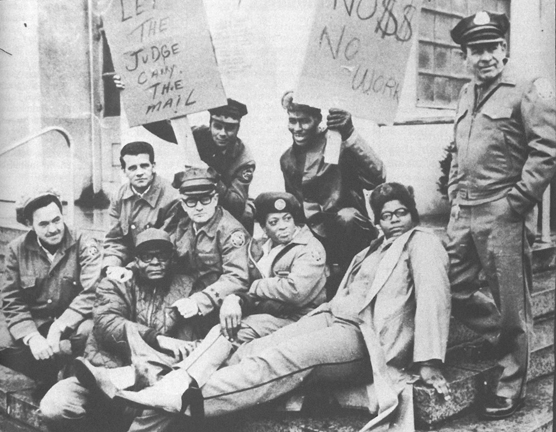 Now, with the COVID-19 pandemic and the country apparently on the brink of a new Great Depression, the USPS faces an unprecedented series of threats to its survival and to the well-being of its nearly 600,000 unionized employees.

On June 15, a new Postmaster General, Louis DeJoy, takes over as head of the Postal Service. DeJoy comes to the job after a career at XPO, the second largest global logistics provider, with 100,000 worldwide employees. The company is dedicated to robotics, automation and helping companies downsize their workforce — “using labor analytics to optimize productivity.” (XPO.com)

The USPS is normally self-sufficient, financing operations with its own revenues without using taxpayer money. Now the COVID-19 pandemic has suddenly hurt the economy and, with it, the postal service’s income. As a result, the Postal Board of Governors has asked Congress for direct emergency financial assistance.

American Postal Workers (APWU) President Mark Dimondstein recalled that the 1970 Postal Strike created the USPS as “an independent agency, designed to be free from the political patronage and cronyism that had plagued the old Post Office Department.”

Now, he continued, “the APWU is deeply concerned with the appointment process to make Mr. Louis DeJoy, a multimillion-dollar major donor to President Trump, the next Postmaster General, and whether the Administration has returned to the days of political interference and patronage.

“Mr. DeJoy has a choice. … He can choose to be a Postmaster General who implements the destructive plans of this White House: raising postal rates, cutting services, undermining stable union and family-sustaining jobs, and selling the public Postal Service to corporations for their private profit. And if that is his choice, Mr. DeJoy will be met with stiff resistance from postal workers and the people of this country.

“Or Mr. DeJoy can prove true to his stated commitment to the public Postal Service, its employees and our mission binding the country together through universal service to all. If so, he will be a welcome addition to the postal family.”

Joe Piette contributed to this article. Both Piette and Welsh are retired members of the National Association of Letter Carriers.