Workers at 50 locations across Florida struck McDonald’s, Starbucks and other fast-food restaurants on May 6. What united them was the failure of these multibillion-dollar enterprises to correct hazardous working conditions that put workers at risk of contracting COVID-19. Some of these McDonald’s workers are also part of a statewide class action lawsuit over widespread sexual harassment. 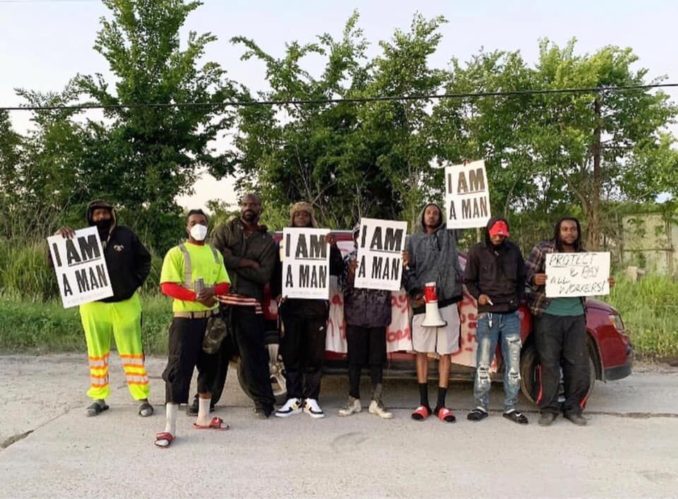 Starbucks and McDonald’s both made billions in profits last year by paying low wages; yet they refuse to spend the funds needed to keep workers safe. A Starbucks worker in Orlando described a company video showing how to make a mask from a coffee filter. At a McDonald’s in the same, tourism-dependent city, workers were told to not wear masks at all, as they would frighten customers. (Orlando Sentinel, May 6)

These workers, who risked being disciplined or even fired for striking, are not isolated. All over the country, multibillion-dollar companies are subjecting employees to unsafe conditions, prompting roughly 200 walkouts, sick-outs, sit-ins and job site demonstrations in the past two months. In addition to the strikes, online campaigns — such as the petition signed by over 1,500 autoworkers demanding all workers be tested before their plants reopen — are protesting bosses’ profits-before-people stance.

This incredible wave of resistance has drawn in diverse sectors of the working class, including the public sector, retail, manufacturing, meatpacking, health care, construction, mass transit, trucking and education.

Since the coordinated May Day walkout of Amazon, Target, WalMart and Whole Foods workers, highlights include an at-home sick-out May 6-8 by New York University graduate student-workers; a strike in a Naches, Wash., fruit packing warehouse May 7; and truckers in a number of cities staging slowdowns May 2. Issues include falling incomes as well as unsafe working conditions.

On May 5, trash collectors known as “hoppers” went on strike in New Orleans to demand protective gear, safe conditions, higher pay and hazard pay for working during the pandemic. They currently work for a private temporary agency PeopleReady, and only make $10.25 an hour.

PeopleReady fired the strikers on May 6 and replaced them with prisoners on work release, employed by Metro Services, who earn 13 percent of the hoppers’ wages. The prisoners face being locked up full-time again and exposed to a higher risk of contracting COVID-19 if they complain about conditions.

The strike continues, with the added demand to rehire the fired hoppers.

Death toll rises, so does consciousness

The death toll among “essential” workers — a large number of them workers of color — continues to rise.

The capitalists and their friends in the White House and in statehouses are unmoved. Governors are pushing, some more quickly than others, to “reopen the economy.” Workers who are recalled from layoff but do not go back to work – because they fear for their health – can lose unemployment benefits. That’s if they were lucky enough to get through the red tape at overburdened state systems and start collecting benefits in the first place.

President Trump, who opted against invoking the Defense Production Act to force manufacturing companies to produce masks and ventilators, is instead using the act to force meatpacking and poultry processing workers back into deadly plants.

Workers are fighting back, as exemplified by the strike over safety at the House of Raeford poultry plant in West Columbia, S.C., where the company has already fired 12 workers for striking.

The president is also using the pandemic crisis to engage in union busting via his appointees to the National Labor Relations Board. The board has delayed union representation elections sought by nurses in North Carolina and Colorado, citing virus safety concerns. The delays were requested by the country’s largest hospital corporation, HCA Healthcare, in Asheville, N.C., and by Denver Health in Denver, Colo., giving them more time to propagandize and intimidate workers into rejecting the union.

Nevertheless, union organizing is gaining momentum because of the life-threatening conditions workers are being subjected to in a range of occupations.

The pandemic crisis has wrecked any illusions that the capitalist system can be reformed.

The ruling class, which always puts profits before people and the environment, is the enemy of all workers. Now, not only union consciousness but revolutionary consciousness is on the upswing.