Through strength and perseverance, Eric McGill and Leonttay Pratt have won a meaningful victory against the racist officials at the Lebanon County Correctional Facility in Pennsylvania. Held in solitary confinement for refusing to cut their dreadlocks, McGill and Pratt — both adherents of the Rastafarian faith — have been released back into general population. Pratt has been tortured for his religious belief since December of last year. McGill has been surviving in these conditions for almost 16 months. 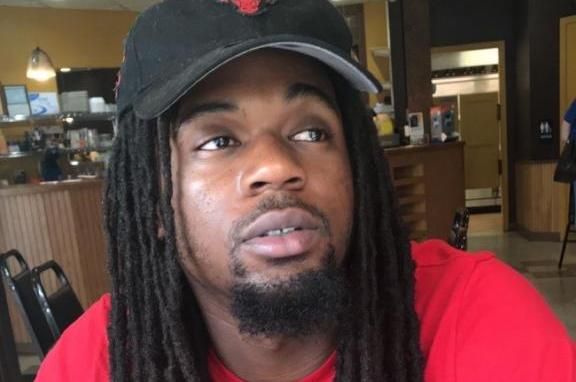 Neither man has been convicted of a crime. They are in jail because they cannot afford bail.

LCCF officials deny their punitive detention unit constitutes solitary confinement. Yet prisoners are confined to their cells for over 23 hours a day, able to step outside into the yard only between midnight and 2 a.m., and taking all meals in their small cells where lights are regularly left on all day and night. This is legally regarded as torture by the United Nations.

Until now, it has been the prison’s official policy that Black men are prohibited from wearing their hair in dreads. Thanks to pro se lawsuits — those filed without an attorney — by McGill, Pratt and others, which were supported by the Pennsylvania Institutional Law Project, Lebanon County jail now grants a narrow religious exemption to this racist policy.

“I feel like I did the right thing. I made a difference not just for me but for others who didn’t have a voice,” McGill said.

A statement released by PILP celebrated the prisoners’ release from solitary, but made clear how narrow the policy change was: “While this new policy protects the rights of incarcerated people to wear dreadlocks for religious reasons, it does not address the larger issue that Lebanon County still bans dreadlocks when people have them for reasons other than religion. Contrary to Lebanon County’s assertions, dreadlocks do not present inherent security or cleanliness concerns. Indeed, dozens of jail and prison systems across the United States permit incarcerated people to have dreadlocks.

It is not hyperbole to refer to this policy as genocidal. A fundamental aspect of genocide is the murder of a people or nation by preventing them from expressing their cultural practices, like dress or hairstyles.

The United Nations Declaration on the Rights of Indigenous Peoples in 1994 stated plainly that “any action which has the aim or effect of depriving them of their integrity as distinct peoples, or of their cultural values or ethnic identities” constitutes a violation of the genocide convention.

This principle in bourgeois law dates back to at least the 1940s when Raphael Lemkin coined the phase “genocide.” But regardless of what ideals the legal system claims to uphold, genocide of Black and Indigenous people who refuse to submit has always been the policy of the United States.

The release of these principled men is a victory for the abolitionist movement. But it is not enough. Pratt and McGill should not be in cages at all. They have not been convicted of a crime. There are other Black men who are still being punished at LCCF for their African hairstyles.

It is estimated that between 80,000 and 100,000 incarcerated workers are currently held in solitary confinement in the United States, out of the more than 2.3 million people confined to concentration camp-like prisons. Tens of thousands of migrants are also being held in detention camps. Millions more workers are on probation, parole, under house arrest and/or have been disenfranchised for prior convictions.

Workers World Party demands the immediate release of all these workers, especially at a time when the COVID-19 virus is sweeping through these concentration camps for the poor.