April 12 — Just last week, U.S. bourgeois papers — the New York Times, Washington Post, Los Angeles Times, Boston Globe and others — published major articles on the devastating numbers of confirmed infections and deaths of African Americans caused by COVID-19. The articles emphasized the numbers were disproportionate compared to the percentage of African-American people in the U.S. population. 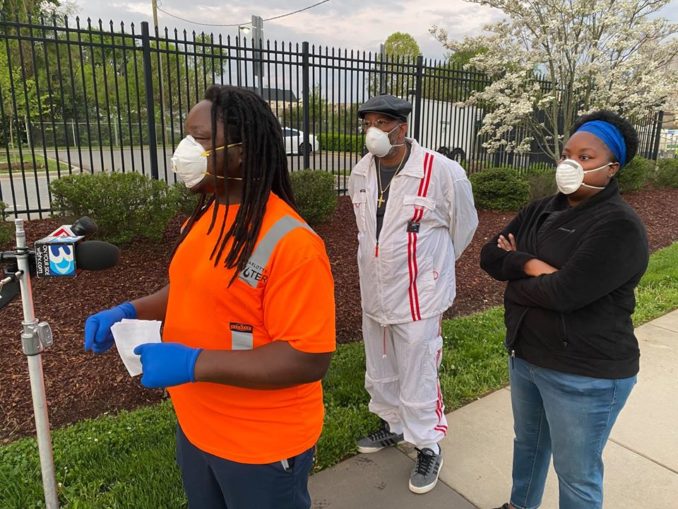 And in this tragic way, the virus is helping to publicize on a wider basis the racial inequality that has been the foundation of capitalism in the U.S.

An April 6 WW article, “Racism, COVID-19 and Black people,” pointed to the institutionalized racism — including after the Civil War and the era of “Jim Crow” laws — that has been the underlying cause of suffering by Black people as a nationally oppressed grouping in the U.S. This suffering has been magnified 10 times over by the spread of the coronavirus.

In a comparison of majority Black counties and majority white counties, the rates of infections and the rates of deaths were three and six times higher, respectively, for Black people than for white people, according to the April 10 Washington Post.

These numbers are not calculated to include rates of infection or death of incarcerated workers in jails and prisons, who are also disproportionately Black and Brown people.

An important factor for the high rate of infections and deaths among Black people, as well as for undocumented migrants, is that so many are essential workers. Black and Brown people hold jobs in large numbers in restaurants, public transportation, hotels, health care, supermarkets, retail sales and custodial work. These are jobs where workers are in close contact with each other as a necessity.  Social distancing becomes less and less an option.

According to Economic Policy Institute analysis, an estimated 84 percent of Latinx workers and 80 percent of Black workers could not afford to work from home even before the pandemic hit.

Elise Gould from EPI commented, “Workers on the front line are at risk of exposure, not just doctors and nurses, but grocery store workers, home care aides, cooks and delivery drivers.” (Chicago Sun Times, April 9) These essential workers are forced to work for low pay without being provided with personal protective equipment like gloves, face masks and hand sanitizer.

An estimated 3 million grocery workers are in greater demand now because so many people are stocking up with food as restaurants, cafes and delis are shut down.  But as more and more of these workers become sick due to the virus, they either refuse to show up for work or walk off the job — like recently at Whole Food Markets — in order to survive, even at the risk of permanently losing their jobs.

Racism has intensified preventable diseases that cause slow death throughout the Black community — asthma, hypertension, heart disease, diabetes and more.

People are not born with these diseases, but are victimized by social environments undermined by racism, resulting in lack of healthy foods and health care, overcrowded living conditions, poverty and incarceration. And these toxic conditions are more often than not inherited by each generation.

Viruses like COVID-19 can become deadly because they feed off these preexisting conditions that compromise immune systems, making recovery almost impossible.

Vedette Gavin, an investigator for the Conservation Law Foundation’s Healthy Neighborhood Study, explained the relationship between people of color and the environment, especially the fact that children become more susceptible to asthma due to lack of decent housing.

She stated, “There are huge issues with housing that are at play. The poorer housing stock and code violations for asbestos, mold and cockroaches increase the risk and prevalence of respiratory and pulmonary diseases, which heighten the severity of symptoms for those who contract covid. Black and [Latinx] families in urban centers tend to double and triple up when rent is unaffordable, making distancing in the home impossible.” (Washington Post, April 9)

Essential workers from the most oppressed communities not only deserve to be tested immediately, but should be granted full unemployment benefits if forced out of work. They should also have their debt canceled and be granted a moratorium on rent, foreclosures and utility shut-offs. Fulfilling these demands would be another form of reparations to people who have been victimized for centuries by systemic policies of social apartheid.