On Feb. 10, Donald Trump sent Congress a budget request for the coming fiscal year that included $740.5 billion for “national security.”

This huge amount — three-quarters of a trillion dollars! — ignored the COVID-19 epidemic that was already growing around the globe. 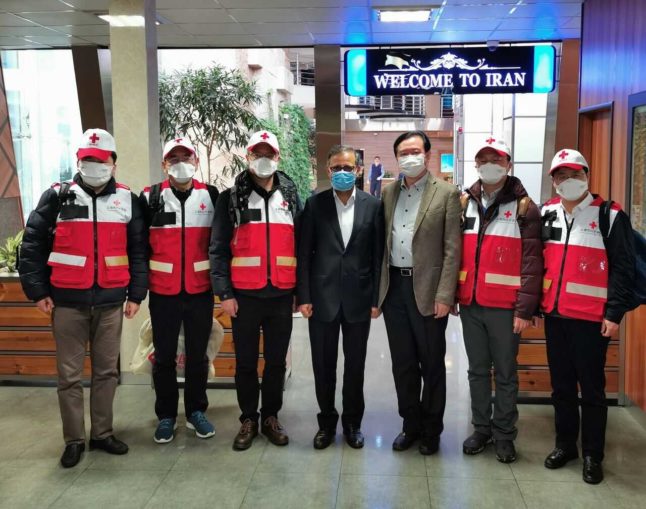 Chinese medical workers have traveled to support Iran during the pandemic. Grassroots efforts include the Red Cross Society of China donating COVID-19 testing kits and other medical supplies to the Red Crescent Society of Iran.

Three weeks later, the U.S. has become the country with the highest number of confirmed cases in the world — more than 161,000 as of March 30, and climbing rapidly.

So what is the government planning to do with all that money allocated to the Pentagon and other institutions that supposedly protect us?

Doesn’t the rapid increase in infected people here qualify as a threat to “national security”? Instead of lavishing huge resources on the military, shouldn’t the U.S. be using the money to help people here — and around the world — combat the virus?

But that’s not what’s happening. Just the opposite.

Many in the government and the Pentagon see the deadly virus as an “opportunity” to take even more aggressive action against countries that have not bowed down to the dictates of the U.S. imperialist ruling class.

Some of what they’re debating leaked out in an article by Mark Mazzetti and Eric Schmitt, datelined Washington, in the March 28 New York Times: “Some top officials, including Secretary of State Mike Pompeo and Robert C. O’Brien, national security adviser, have been pushing for aggressive new action against Iran and its proxy forces — and see an opportunity to try to destroy Iranian-backed militia groups in Iraq, as leaders in Iran are distracted by the pandemic crisis in their country.”

Iran has suffered almost as many deaths from the coronavirus as the U.S., although it has only one-fourth the population. Yes, Iran must now certainly be “distracted” by the need to care for the tens of thousands of Iranians infected. It must be “distracted” by the pressing need to protect the people from more suffering during this unprecedented global pandemic.

Iran has done nothing to hurt the people of the United States. How on Earth can picking a fight with Iran, and maybe even going to war with it, serve the “national interests” of the people here?

This U.S. debate about taking “aggressive new action against Iran” is happening at a time when “sweeping U.S. sanctions are hampering Iranian efforts to import medicine and other medical supplies to confront one of the largest coronavirus outbreaks in the world.” (Washington Post, March 29) The previously robust health care system in Iran has already been drastically damaged by many years of U.S. sanctions.

Their “concern” is not about the well-being of the young people in the U.S. who have taken what often looks to be their only ticket out of poverty and joblessness. Pompeo and others in the administration are willing to send these soldiers to their deaths in a war over oil and profits.

Do these politicians really care about the health of these military service people — other than begrudging what it would cost to replace them if they get sick and die from the virus?

The U.S. ruling class has treated Iran as an enemy ever since a popular revolution in 1979 liberated its rich oilfields from control by U.S. and British companies. But Iran is not the enemy of workers here in the U.S. Our enemy is at home.