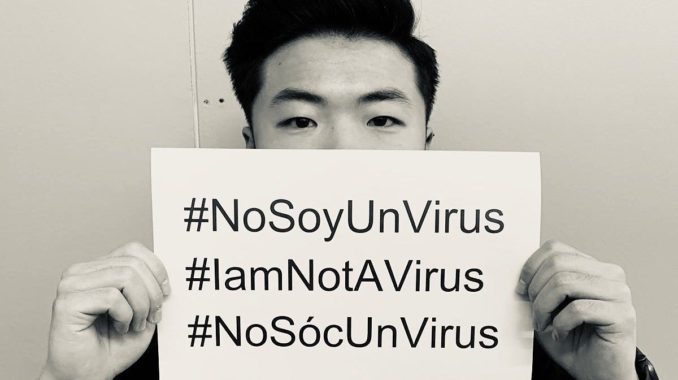 In response to widespread reports of anti-Asian racism, harassment and violence, Asian Americans United Philadelphia hosted a zoom gathering on March 26 in solidarity with Asian-American communities.

The event highlighted a “Collective Statement Against Anti-Asian Bias and the Targeting of Any Community,” which people were urged to sign. While criticizing the Trump administration for spearheading the current rise in anti-Asian bias, the document emphasized: “This is not the first time our communities have been targeted to divert attention from the real crisis at hand: the lack of healthcare for all, a guaranteed annual income, access to education, food, and all the rights that should be guaranteed to every person in communities around the world.”

Signers pledged to “stand together across different communities — Black, Brown, Indigenous, white and more — against anti-Asian bias, harassment and violence as well as the targeting of the poor and working class, people with disabilities, immigrant and refugee, non-English proficient, LGBTQ [people] and those in incarceration and detention.”

Signers further pledged: “The current administration has promoted hateful rhetoric directed at Latinx, African, Caribbean and Middle Eastern community members. … We will not be used to blame for the failings of our current system.”

Rob Buscher, with the Japanese American Citizens League and professor of Asian American Studies at the University of Pennsylvania, recounted the U.S. history of anti-Asian bias. Repression began in the mid-1800s against Chinese immigrant workers, followed by organized discrimination and violence against Japanese, Filipinos and later Koreans.

White supremacists in the U.S. — building on a foundation of genocide against Indigenous people and the enslavement of Africans — used anti-Asian bias to pit working people against each other as the union movement accelerated in the late 1800s.

Sinta Storms of Modero described recent hateful acts in Philadelphia.  At a Center City Wawa convenience store, a customer first asked an Asian cashier where she was from, then deliberately moved to a different register.  Passengers on a bus yelled “Corona, corona” at an Asian woman until the driver made them stop. Storms also raised the difficulty immigrants face applying for unemployment benefits during the pandemic, especially if they are undocumented.

Cambodian Association of Greater Philadelphia staffer Sarun Chan detailed calls the group has received from people of all ages. “Many are simply afraid to leave home because they might be attacked or discriminated against. They believe the city is just sweeping reports of attacks under the rug. … Concerns run from online racist rhetoric to physical attacks. In Virginia, an Asian family living in a neighborhood for over 15 years reported bullets shot through their window.”

Asian Americans United’s Wei Chen described Chinese Americans being physically and verbally attacked.  “They are afraid to wear masks [that] offer some sense of protection. To not wear them is stressful because of health concerns, but people aren’t out of fear of being attacked.”

‘The ground is moving beneath our feet’

Executive Director of VietLead Nancy Nguyen stated: “We live in a white supremacist, anti-Black, heteropatriarchal, capitalist system — this is true for much of the world due to globalization — but it was perfected in the United States.

“We are living through a moment where these systems are being struggled over. There was a myriad of efforts over the last decade — the Black Lives Matter movement, Occupy’s 99%, the #MeToo movement and more.  As we speak, Congress is passing a $2.2 trillion relief package. What was impossible just a few months ago is about to be written law.

“The Trump administration tries to divert our attention and move the target from their backs to ours. But we are agents of history. We have critical roles in the AAPI community to lead our people through what lies ahead.  … Our will and fight to end anti-Asian violence must be as strong as our will and fight and solidarity work needed to end white supremacy and anti-Blackness — because the system does not serve any of us

“The ground is moving beneath our feet — this is our country — and every generation we are bolder, braver and have more capacities, tools and strategies to do the damn thing.” 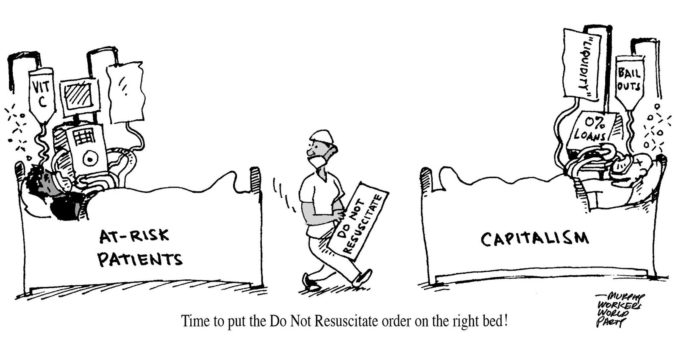