The National Basketball Association was the first of all the professional U.S. sports leagues to suspend their regular season after two players from the Utah Jazz — Rudy Gobert and Donovan Mitchell — tested positive for the coronavirus COVID-19 in early March.

Since that time, players from other teams, who may have come in contact when playing the Jazz, have also tested positive, along with NBA personnel in the front offices of other teams.

When four players from the Brooklyn Nets, including the great forward Kevin Durant, also tested positive for the virus, New York Mayor Bill de Blasio tweeted the following statement on March 18: “We wish them a speedy recovery. But, with all due respect, an entire NBA team should NOT get tested for COVID-19 while there are critically ill patients waiting to be tested. Tests should not be for the wealthy, but for the sick.”

The mayor was responding to the Nets’ hiring a private insurance company for their tests, in order not to use Centers for Disease Control and Prevention funds for testing the public. 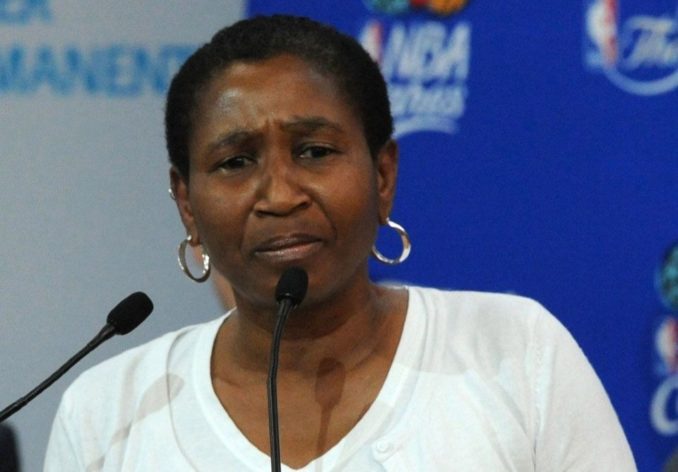 Michelle Roberts, the first Black woman to be named executive director of the National Basketball Players Association, responded to de Blasio, stating, “There’s nothing irresponsible — if you’ve got that information [that you’ve been exposed] — about trying to get the tests. The problem that more of us can’t get the tests — and I’m not apologetic about saying it — in my view, that rests at the foot of the federal government. They were responsible for making sure we were protected in that regard, and I think they failed.” (ESPN, March 18)

What prompted the mayor of a city — also home to the Knicks, the most profitable of all NBA teams — to play the blame game with this global, popular league about an unprecedented health crisis? Don’t other prominent sports teams that bring thousands of people together on fields and arenas like Major League Baseball, the National Hockey League or the National Football League have the right to have their players tested?

Crucial to the answer to this question is that New York is home to Wall Street — the epicenter of world finance capital — where billionaire owners and investors of insurance and pharmaceutical corporations control who gets health care and who does not, generated by the rise and fall of stock market prices.

These are the corporations — compelled by profit greed with congressional politicians in their back pockets — that are responsible in this instance for the vast majority of the population not being tested for COVID-19 and not being adequately cared for if they do contract the virus.

So with New York City cited as having some of highest numbers of active COVID-19 cases in the country, why isn’t de Blasio putting the onus on Wall Street for the spread of this pandemic?

The answer is quite simple: de Blasio does the bidding of Wall Street, not the New York population. Apparently he has no shame in shifting the blame to a league that is over 70 percent Black like the NBA.

Yes, the NBA players, across the board, are very well-paid for the ability to use their skills and talents that entertain thousands of fans in person and millions more on TV during the regular season and postseason.

These players are certainly privileged, but they remain members of the working class, and every worker has the right to collective bargaining for contracts guaranteeing the best wages and benefits from billionaire owners who super-exploit their labor to make the most lucrative profits from arena and merchandise sales and TV revenue.

While sports arenas have been shut down now because sports have been shut down, a growing number of NBA players have pledged large amounts of their salaries to pay the salaries of laid-off concession workers, ticket salespeople, ushers, janitors and many more. Other players are funding food banks in the most vulnerable communities. On March 20, the NBA announced a pledge to raise $50 million to help stop the spread of COVID-19.

Where are similar pledges, or others even higher, being made by Wall Street profiteers to bail out Big Business , but not bail out the people who are suffering from layoffs, foreclosures, shutoffs and more from this pandemic? Roberts hit the nail on the head on who the real culprit is.

Shame on you, Mayor de Blasio.