March 21 is a profound day in the history of workers’ struggles against colonialism and imperialism. On that day, two major acts of brutality were committed against the working class:  One was in Puerto Rico in 1937, and is known as the Ponce Massacre. The other attack, notoriously known as the Sharpeville Massacre, occurred in 1960 in South Africa.

These two events were profound in many ways, which will be discussed in this article.  But the main point, on the one hand, is that both massacres raised the political consciousness of the masses in Puerto Rico and South Africa, which had wide-ranging effects on the struggles for liberation.

On the other hand, this day is also notable because on March 21, 1990, Namibia was recognized as an independent nation by the international community. That was the date of the victory of the liberation struggle that had fought against the white supremacist neocolonial regime in Namibia. After decades of fighting the apartheid regime, the masses, led by the vanguard party, the South West Africa People’s Organization (SWAPO), liberated their nation.

The Ponce Massacre claimed the lives of 19 civilians and injured over 200 in the violent foray. The massacre occurred as the Puerto Rican Nationalist Party held a peaceful march in Ponce to celebrate the anniversary of the abolition of slavery in Puerto Rico and to protest the unlawful detention of their heroic leader Pedro Albizu Campos. Then Gov. Blanton Winship, a stooge who was handpicked by the U.S. government, ordered police to open fire on the marchers and bystanders. 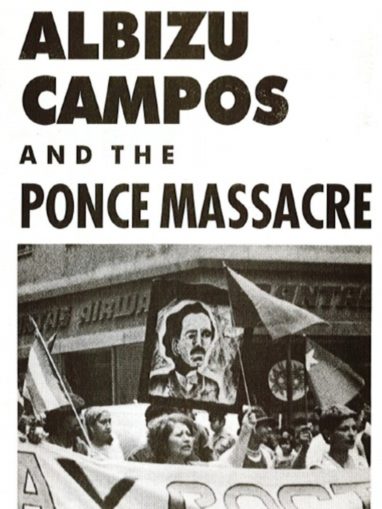 Winship fought in the Spanish-American War, which resulted in the transfer of colonies, including Puerto Rico, from Spain to the U.S. Where there is one stooge, others follow. One such example was Francis Riggs, a member of Winship’s administration. Riggs was chief of police when the Ponce Massacre was perpetrated.  It’s no surprise that Riggs ordered his men to fire upon peaceful civilians since he had worked with the brutal dictator, Anastasio Somoza, in Nicaragua.

Knowing this, it is no surprise that any demonstration by Puerto Rican nationalists would be dealt with by force. To make matters worse, after the Ponce Massacre, not one member of the police force faced punishment. In fact, Gov. Winship remained in office for another two years before the capitalists believed he was too much of a liability to keep in office.

An outcome of the Ponce Massacre was that an unsuccessful assassination attempt was made against Winship in 1938.  More importantly, the eyes of Puerto Ricans were opened throughout the island. This was the most blatant example of state terrorism until then.  Instead of being dissuaded, the fire within the collective soul of Puerto Ricans burned brighter than ever. This fire continues to burn today, and will never be dampened.

From Ponce to Jayuya to Vieques, the capitalists have mowed us down, but our resolve is absolute!

This same resolve could be seen among the powerful masses of occupied South Africa. In the face of a brutal white supremacist regime, thousands of African people congregated in front of the police station in Sharpeville on March 21, 1960. This demonstration was organized in opposition to the passage of draconian “pass laws” that required African people to obtain an “internal passport” to travel from place to place in their own homeland. This law was just one of many that created a de jure apartheid system not unlike that in the U.S. South during the Jim Crow Era. 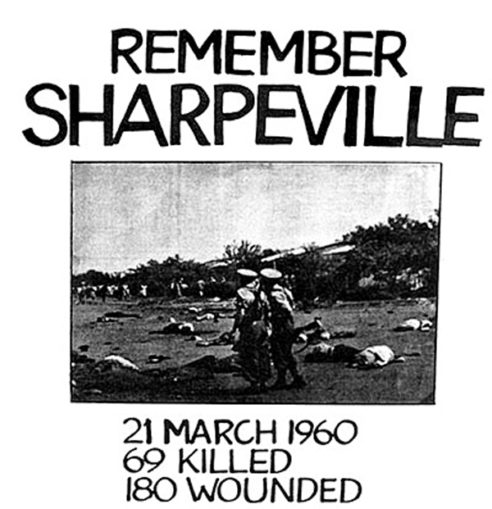 Not surprisingly, the white supremacist regime ordered the police to open fire on the peaceful protesters, resulting in 69 deaths and hundreds of injuries. This brutal repression took the lives of women, men and at least 10 children. As people began to run for their lives, the police continued to fire at them, hitting many in the back, causing some to be permanently paralyzed.

This massacre released a wave of righteous rage across South Africa.  Workers went on strike, and thousands of people mobilized throughout the country, causing great alarm and enormous economic damage to the capitalist class. The regime in power called a “state of emergency” on March 30 and began arresting everyone whom they considered an anti-apartheid activist.  State officials outlawed the Pan-Africanist Congress and the African National Congress.

This horrific event opened up a new era of struggle that eventually led to the downfall of the apartheid state, as the PAC created the Azanian People’s Liberation Army (POQO) and the ANC created Umkhonto we Sizwe.  Both were military wings of their respective parties, which conducted guerilla warfare against the racist government. In the aftermath of both the Ponce Massacre and the Sharpeville Massacre — in the face of brutal repression — the resolve of the working class was,  and continues to be, absolute until they realize their goal of liberation.

Namibia breaks the yoke of colonialism

When describing the enemy of the Namibian people, Sam Nujoma, the leader of SWAPO, wrote: “The social order which the Namibian people are fighting to overthrow is a product of a century of brutal colonial oppression and exploitation.” (Preface to book, “Let Us Die Fighting” by Horst Drechsler, 1966) 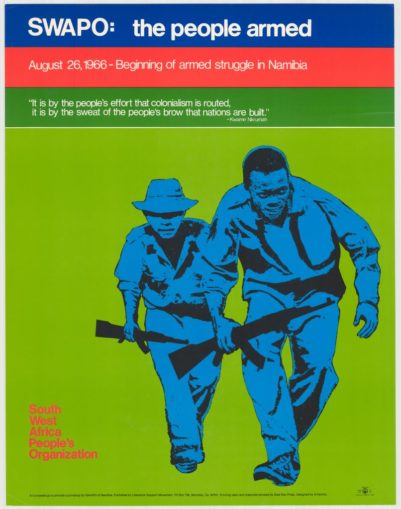 On March 21, 1990, the people of Namibia declared complete victory and broke the yoke of apartheid. Their struggle for national liberation originated in the 1880s when the Germans declared “South West Africa” a protectorate. As Drechsler,  famed historian from the German Democratic Republic, wrote in his stunning account cited above, the creation of the German colony during the period from 1884-1903 ultimately led to the dispossession of cattle and land from the two dominant Indigenous groups: the Nama and Herero peoples.

It was this economic dispossession which united these two groups and began the first concentrated anticolonial revolts against the German colonialists. From 1904 until 1907, the Germans

orchestrated a holocaust to exterminate the Indigenous Nama and Herero peoples, intending to fully stop any plans about or attempts to overthrow their colonial rule.

But the will of the Namibian people never broke! They continued the struggle against racism and capitalism.  And, in 1990, the historical struggle for national sovereignty was realized.

In the struggle for Namibian liberation, one cannot ignore one of the most important examples of proletarian internationalism. Alongside the SWAPO guerillas were soldiers and military advisers from the socialist Republic of Cuba. Unlike the U.S. Army, which is only sent to nations in the Global South to bring death, destruction and profits to their capitalist overlords, the Cuban Army fought against the racists because they knew that if their brothers and sisters in Namibia were not free, then no member of the working class was free.

Therefore, we must realize two things: One is that the will of the multinational working class will inevitably lead to liberation from capitalism as Karl Marx and Frederick Engels noted in their timeless book

“The Communist Manifesto,” written in 1848. Referring to the working class, they wrote, “What the bourgeoisie therefore produces, above all, are its own grave-diggers.”  The second is that international solidarity is a necessity, especially for revolutionaries residing in the U.S., the belly of the imperialist beast.

One may wonder why this article is composed of these three seemingly different events which occurred decades apart.  The reason is that each one was a notch in the history of the working-class struggle. Imperialism, colonialism and capitalism are interconnected because colonialism and imperialism are just two of the different forms of capitalism, depending on the era’s material conditions.  But they both signify wealthy capitalist countries’ political domination and economic exploitation of poor, oppressed countries.

The history of our peoples, whether we are from Puerto Rico, South Africa or Namibia, is connected because we all have been stomped underfoot by the capitalist machine. We, Puerto Ricans, are still struggling against U.S. colonialism.  Although South Africa and Namibia may be independent, they are still in the midst of a class struggle, which will one day fully wipe away the inequalities and other vestiges of the brutal apartheid system.

In the end, we must learn from our ancestors’ struggles and fully realize that this capitalist monster can be defeated. The world may seem bleak at the moment, but there is no doubt that the working class will persevere, and capitalism will be smashed.