A gunman assassinated Astrid Conde, a former combatant with the Revolutionary Armed Forces of Colombia (FARC), on March 5. Shot in Bogotá outside her home, she is one of almost 200 ex-guerrillas killed since the Final Peace Agreement between FARC and the Colombian government was signed in 2016, and the 15th killed this year. 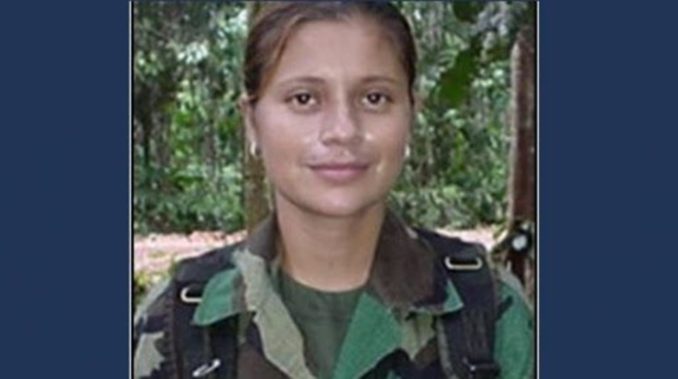 The Alternative Revolutionary Force of the Common, also known by the acronym FARC, denounced the wave of violence against former participants in the armed struggle — who are now engaged in legal political activism under the terms of the peace accords. The Legal Solidarity Corporation, responsible for the security of the ex-combatants, states that Conde was complying with the legal requirements of the reintegration process. The FARC denounced the lack of protection for its members under the right-wing government of President Iván Duque Márquez.

A former political prisoner after four years in jail, the 40-year-old Conde was released under the peace agreement, which she had signed and was working to implement. While inside the prison, Conde was very active with the Collective of Political Prisoners. Her most recent activism was with a women’s rights group, Defense and Rights.

Conde, a guerrilla for close to 20 years prior to the signing of the agreement in Havana, was the latest Colombian social justice activist to be assassinated. According to Telesur, “United Nations Special Rapporteur Michel Forst highlighted the impunity of the murders of social leaders and the lack of preventive administrative measures against the crimes. The UN representative stated that ‘Colombia is the country with the highest rate of murders of human rights defenders.’” (March 7)

“Only a sick society could tolerate without a blink this extermination,” said FARC Deputy Sandra Ramírez. “The government with its silence and lack of guarantees for those who are working for peace ends up legitimizing these murders.” (El Espectador, March 6)

Roughly 800 labor, human rights, Afro-descendent, Indigenous, environmental and other social justice workers have been murdered since the agreement to end the 50-plus-year war was signed.

The deliberate failure of the Duque government to implement the peace accords was one of a number of issues driving the recent general strikes that have rocked Colombia.

Despite unimaginable state repression and paramilitary terror, the Colombian people are part of a worldwide wave of working-class resistance.