Workers World Party mourns the passing of Rafael Cancel Miranda and celebrates his life, chronicled here in a slightly edited statement from the  International Committee for Peace, Justice and Dignity. 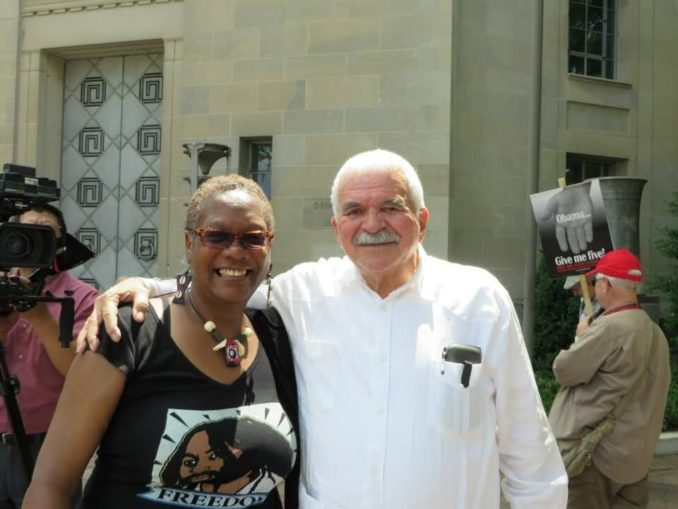 WW managing editor Monica Moorehead and Cancel Miranda at a Free the Cuban Five rally in Washington, D.C., on June 7, 2014.

Today, March 2, the beloved Puerto Rican Patriot Rafael Cancel Miranda has left us, surrounded by the love of his family and his people. All his life he was fervently committed to the struggle for the independence of his beloved Puerto Rico.

His assault on the U.S. Congress on March 1, 1954 — 67 years ago — together with Lolita Lebrón, Irvin Flores and Andrés Figueroa, was to draw international attention to the colonial situation of  Puerto Rico, and for that audacious and heroic act he was sentenced to life imprisonment. 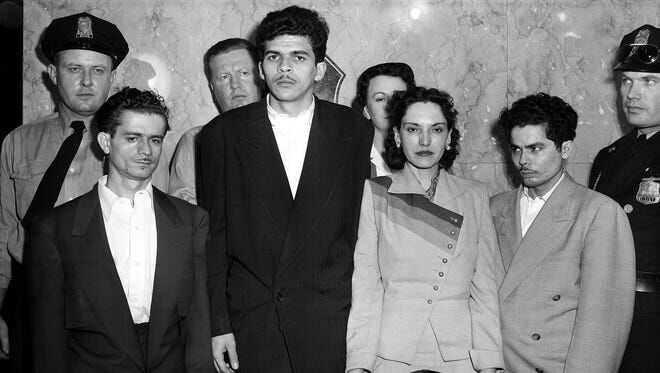 Thanks to Fidel’s intervention, amnesty was achieved during the Carter administration in 1979 after 25 years of hard prison time in U.S. penitentiaries. Once free, Rafael continued to fight for his people and the independence of Puerto Rico until the day he died.

Every week, until recently, we received his messages of strength and solidarity. Along with his political commentary he would be remembering his colleagues, highlighting the birthday of freedom fighter Oscar Lopez Rivera. He wrote reviews of books that denounced Yankee colonialism, and as a gifted poet Rafael would often send a poem with the common theme that called on us never to give up on our struggles.

“Pa’lante always!” he told us at the end of each of his messages and always added in red, “You reach the finish line sooner on your feet than on your knees.” . . .

With his deep conviction to defend just causes, Don Rafael did not hesitate for a moment to accompany us to Washington, D.C., on three different occasions during the fight for the freedom of the Five Cuban Patriots and denouncing the U.S. blockade of Cuba.

We are deeply moved by his departure, and it is difficult to escape the feeling of being orphaned at this time when a man of his stature, with his love for his country and his courage, is most needed.

As he requested, there will be no flags at half-mast, not even a minute of silence.

Instead there will be an infinite applause for his life, tall and dignified with his fist held high accompanied by his anti-Yankee rebellious spirit.