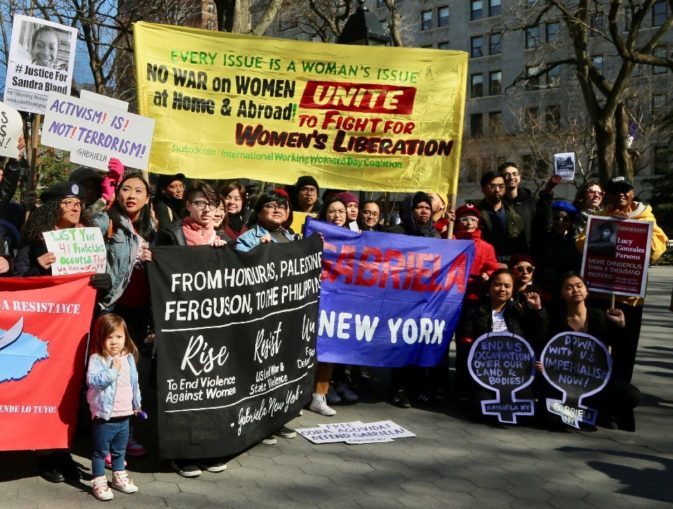 The International Working Women’s Day Coalition held a speak-out on March 8 at the site of the Triangle Shirtwaist Factory in New York City. People from various struggles gathered to honor the women warriors from the past and to link arms with those all over the world who continue to fight.

They also paid tribute to the 146 workers, mostly young immigrant women and girls, who were killed in the fire at the Triangle factory on March 25, 1911. They could not escape the fire because the bosses had locked the doors to the stairwells and exits. These women were forced to either jump to their deaths or die of smoke inhalation — for the “crime” of being superexploited.

A similar tragic situation happened 80 years later when 25 mostly Black women workers were massacred in a fire at the Imperial Foods processing plant in Hamlet, N.C., when the bosses locked the emergency exits. 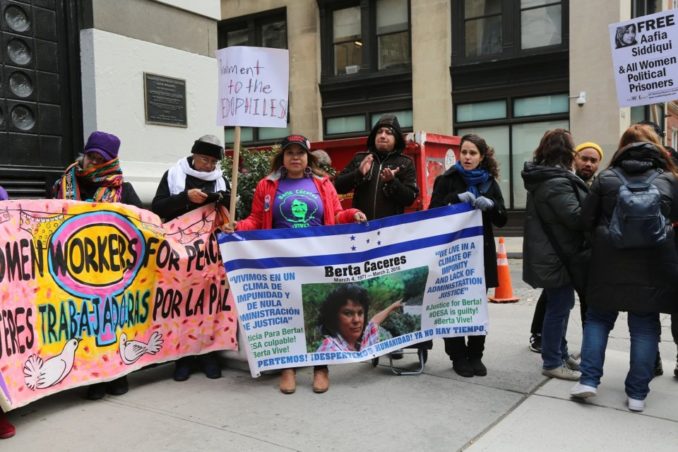 The group marched to Washington Square Park where another International Women’s Day event was being held. When it marched in, the IWWD delegation got the attention of members of the media and many others who came over, drawn to the banners and signs. 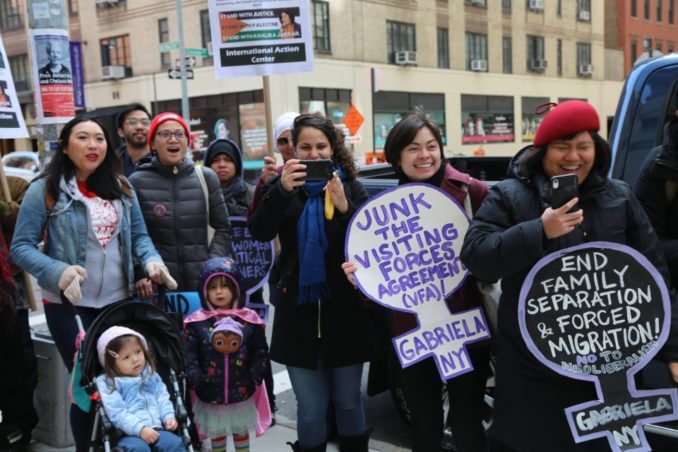 The lead banner declared: “Every Issue Is a Women’s Issue. No War on Women. Unity at Home and Abroad to Fight for Women’s Liberation.” Chants included “From Palestine to the Philippines, Stop the U.S. war machine!”

On March 7, the IWWD Coalition held a program of cultural activism at The People’s Forum, and some of the March 8 speakers performed songs, dance and spoken word reflecting their struggles.

— Report and photos by Brenda Ryan