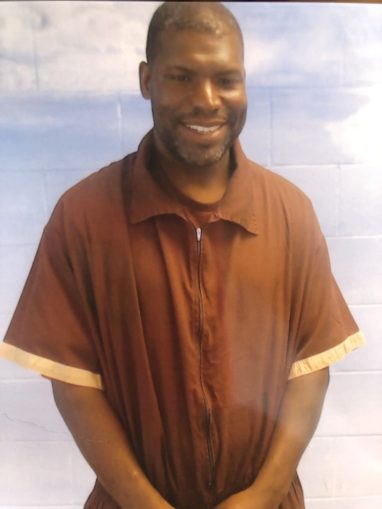 If prisoners can’t report about the conditions they are forced to endure, prison officials can get away with murder.

That’s why, when prison staff punished incarcerated activist Jerome Coffey with solitary confinement for writing an article critical of the Pennsylvania Department of Corrections (DOC), it was important that family, friends, prison reformers and abolitionists conduct a phone campaign to get him out.

Other prisoners, Coffey’s twin sister Jeanne Coffey and his attorney Martha Conley complained that he was taken out of his cell on Jan. 5 and placed in solitary confinement. The reason? He had written an article for Workers World titled “30 years after the Camp Hill Uprising: Repression in Pennylvania’s prison system.”

In response, on Jan. 11 members of Food Not Bombs Solidarity and Industrial Workers of the World Philadelphia created a “Phone Blitz” poster on Facebook asking people to call State Correctional Institution (SCI) Albion officials. Workers World published an article called, “Act Now: Prison activist-writer placed in solitary,” and shared it widely on social media. Callers were asked to demand Coffey be released from solitary and then be allowed to call his sister to confirm he was all right.

Jeanne Coffey told Workers World she got “many, many calls” from people about their calls to the prison. One prison official told Coffey they got thousands of calls. By late afternoon on Jan. 13 callers were told he was being taken out of solitary.

The struggle wasn’t over yet. Coffey still wasn’t allowed to call his family. No calls were being permitted because of a lockdown under the much-criticized “violence reduction policy.”  In practice, that means staff can immediately shut down entire cell blocks of the prison and confine hundreds of prisoners to their cells for 36 hours. SCI Frackville prisoner Bryant Arroyo describes that discriminatory and repressive policy: “We’re being forced to pay the piper for the infractions of others. Not only is this a violation of our 14th Amendment rights, this constitutes punitive actions taken against a collective: a violation of the Geneva Convention.” (tinyurl.com/sx7aa21/)

Prison officials admitted the lockdown stemmed from an incident unrelated to Coffey’s circumstances. However, their protocols prohibited all prisoners from making any phone calls. On Jan. 14, SCI Albion prison Superintendent Michael Clark personally called Coffey’s sister and told her the prison lockdown would soon be over. Finally, on the morning of Jan. 15, Coffey called her to say he was fine.

Tired of all the phone calls, a security captain told Coffey, “Call off the dogs.”

Coffey called WW soon after: “I feel good. My health’s all right. What I just experienced for eight days in the hole is unbelievable. Whatever you all was doing, calling up here, you caught them, and they let me out to general population. I didn’t get a misconduct or nothing! I have a right to write. I have the protection of the First Amendment. I’m not going to let them get away with anything.

“All this stuff [Pa. DOC Secretary] Wetzel talks about, all the so-called reforms, I don’t see none of that. You got young white guards out there spraying people. It’s all messed up, man. They broke my foot locker, they broke my remote control, they stole my sweatpants, they broke my lamp. The only thing — they didn’t mess my typewriter up. So I still got my typewriter.”