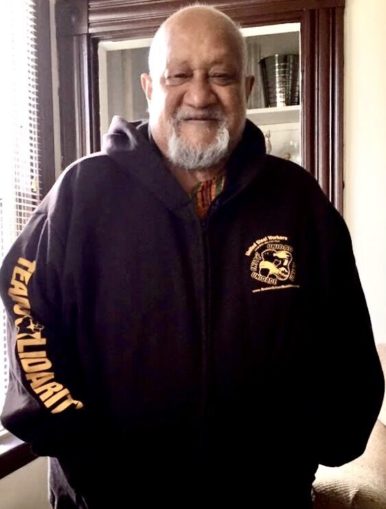 A capacity crowd of 600-plus people – plus an additional 250 overflow – packed Roxbury Community College Jan. 9 to celebrate the life of Charles Henry “Chuck” Turner II.

The “People’s City Councilor” passed away Dec. 25 following a long battle with cancer. He was 79. As a freedom fighter, organizer, strategist and internationalist, he struggled for justice for over 53 years.

The crowd represented the many struggles to which Chuck dedicated his life. Leaders from the Black and Brown communities, from the fight for jobs, housing, education, prison rights, equality, women’s and LGBTQ2+ rights – against racism, poverty and war – joined his spouse Terri Turner and family in a moving tribute.

The three-and-a-half-hour program was led by Darrin Howell, family spokesperson and former District 7 Constituent Service Director who, like many in attendance, had been mentored by Chuck. It was emceed by Calvin Feliciano and Angela Yarde of Chuck’s council staff.

Mel King, 91 years old, set the tone for the day, reciting a poem he had composed entitled the “Power of Love.” King had worked with Chuck on countless campaigns, including the historic I-95 Federal Highway struggle of 1969. This project threatened to decimate Boston’s Black and Brown communities. Their coalition, called Operation Stop, took on the federal government and won, providing invaluable lessons for struggles ahead to protect the integrity of the community.

Charles Yancey met Chuck as a teenage college activist. He bears the honorable distinction of being the sole City Councilor to “Stand with Chuck,” when the Council took an illegal, racist vote to remove Chuck after his 2008 federal frameup. Yancey stated, “We are Chuck Turner.”

Speakers tell of his early struggles

Also on the program was Bill Strickland, Chuck’s Harvard classmate, who after meeting him at a Student Nonviolent Coordinating Committee convention in 1963, joined him in New York City as editor of the Northern Student Movement newspaper. The NSM was begun by Northern students providing support for the movement in the South. It later shifted to Black community organizing in New York, Hartford and Boston, a trajectory that led Chuck back to Boston in 1966.

In those three years, he joined a rent strike in Harlem and then became NSM director in Hartford, where he organized a campaign to confront police brutality. This led to confrontations between the police and the community, resulting in Chuck’s arrest and charges of sedition — charges that had not been used since the days of Sacco and Vanzetti. After Chuck was given probation, he moved to Roxbury, Mass.

President Andre François of the Boston School Bus Union, brought the crowd to its feet with a proposal that the mayor – who was in the audience – name a street in honor of Chuck. He was the strongest supporter, ally and advisor to Local 8751 since its founding in the 1970s.

Chuck was born in Cincinnati in 1940. He said he was “blessed to have been born into a family that had two predominant passions – a thirst for knowledge and a desire to serve.” His mother was a school teacher, while his father later ran one of the first Black-owned pharmacies in Chicago. His brother became a college professor and dean, while his grandfather, Charles Henry Turner, for whom Chuck was named, was a renowned zoologist and entomologist.

In 1958, Chuck attended Harvard University on a full scholarship. After college, he headed for Washington, D.C. He later recalled “ironically arriving on August 23, 1963. Thus, I had the opportunity to stand with hundreds of thousands and hear Dr. King and others give the call to action.” Chuck spent the rest of his life answering the call to fight the “triple evils” of racism, poverty and war.

In 1999, Chuck ran for and won a Boston City Council seat, in an “attempt to use elective office as an organizing tool.” For a decade, he did just that. He and his spouse paid for a “serve the people” organizing hub district office in Dudley (now Nubian Square), serving his constituents and anyone who walked through the door seeking help.

The People’s City Councilor was loved by the people but hated by the forces of oppression and injustice. In 2008, Chuck was the victim of a federally coordinated, politically motivated, racist frameup.

At the time, former U.S. Attorney General Ramsey Clark, who traveled to Boston to support Chuck, wrote: “Chuck has been in the forefront of every battle for social justice, in Massachusetts and around the globe. Turner’s prosecution in 2008 was part of a politically motivated pattern of prosecutions of elected officials of color by Bush administration U.S. Attorneys. It is a political frame-up. The voters of his district showed their view of it in the 2009 election by returning him to office.”

Chuck was innocent! Yet he served 2 ½ years in federal prison in West Virginia.  He handled this fight with the same principles, dignity and grace that characterized his life’s struggles. He organized within the walls and returned to Boston stronger than ever.

For jobs and international solidarity

Chuck’s decades of effective, impassioned organizing in the struggle for jobs – from the Third World Jobs Clearing House to the Boston Jobs Coalition, against racism and discrimination in hiring in the building trades based on criminal records and against police brutality – provide a road map for future organizing.

An internationalist to the core, Chuck fought for workers and the oppressed worldwide: from Palestine to Puerto Rico, Haiti to India, Iraq to Afghanistan. He consistently supported Mumia Abu-Jamal, Leonard Peltier and all political prisoners.

Chuck’s May Day 2011 message from behind the walls said it all: “While the clouds of darkness are thickening over this country, we must remember that the sun never stops shining, no matter how dark it appears. We also must remember that it is the workers of the world who are the yeast in the bread of the planet. We can see the system of exploitation crumbling of the weight of its own evil. Let us prepare ourselves to remake the world in the image of Brotherly and Sisterly Love.” 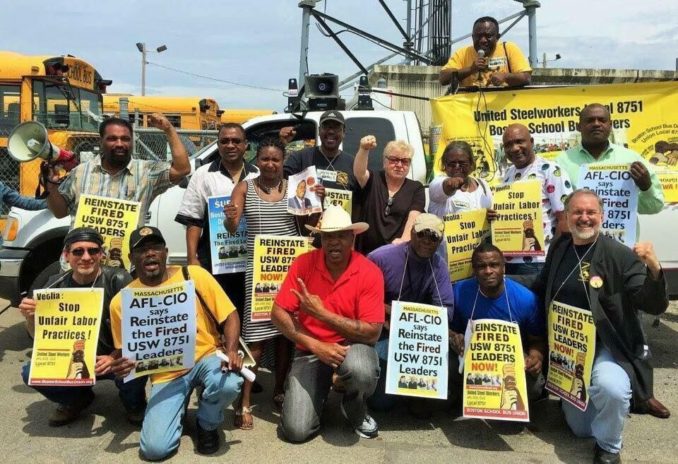 The rank-and-file activist union of the Boston school bus drivers, USW 8751, mourned the loss of Chuck Turner, described on its Team Solidarity Facebook page as “the strongest ally, support and advisor” to the union since its founding in the 1970s, who was “solidarity in action, at rallies, demonstrations, marches, hearings, direct actions and round-the-clock negotiations.”