A tentative collective bargaining agreement (CBA) was reached between the Women’s National Basketball Players Association and the Women’s National Basketball Association on Jan.14. It’s pending an election among the players from the current 12 WNBA teams and approval of the WNBA’s board of governors.  It is noteworthy that some of these players showed political solidarity with Black Lives Matter in the aftermath of police shootings of Black people several years ago. Over 68 percent of the WNBA players are African American. 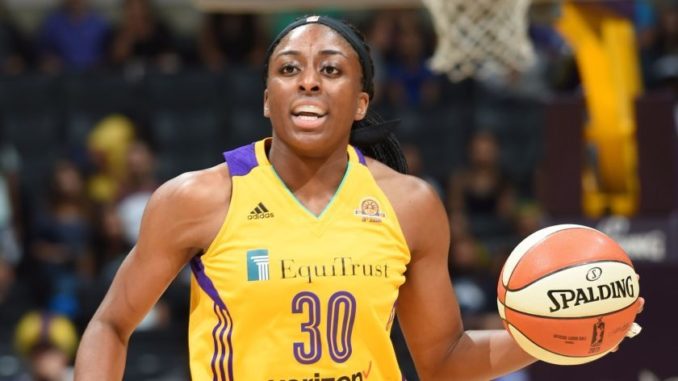 Upon its assumed acceptance by the estimated 144 players, the eight-year CBA, which would run this year through 2027, would guarantee a 53 percent increase in total cash compensation for each player, including base salaries and payment for extra performances, competitions, and team and league marketing deals.  Each player, regardless of whether they are rookies or veterans, will be guaranteed a six-figure salary. Top players will receive a compensation package of at least a half-million dollars.

The mere fact that WNBA players will not face the threat of injury and fatigue when forced to find supplemental work overseas to support themselves and their families — during the eight-month hiatus from the WNBA — is a huge weight off their shoulders.

A progressive and historic step forward

WNBPA President Nneka Ogwumike, a star forward for the Los Angeles Sparks, stated on “Good Morning America,” “We wanted to leave a legacy. I think we came in understanding that it wasn’t just about the top player. It wasn’t just about the rookies. It was about every player across the board and we were really happy to be able to come together with the WNBA with actually a lot of innovative ideas.

“Interestingly enough, as much as we fight for what we feel we deserve, we know that we deserve — we have women’s soccer, we have women’s hockey that are looking up to what we are looking to do. We are really hoping that it can set the tone and really create that legacy for women and sports moving forward.” (Jan. 14)

The treatment of professional women and gender-nonbinary athletes, in the struggle for pay equity and equality, is not isolated from the rest of this capitalist, patriarchal society.

Across the board, this contract does not begin to compare to the CBA of the players’ male counterparts in the 30 teams in the National Basketball Association. This is due to the overwhelming popularity of the NBA, founded in 1946, compared to the WNBA founded in 1996. The total revenue for the NBA in 2018 was $7.4 billion, but only $60 million for the WNBA. The highest paid annual salary for an NBA player (Stephen Curry) in 2018 was $40 million, compared to $113,500 for a WNBA player (Brittney Griner). (wsn.com., July 18, 2019)

Despite these huge remaining gaps, WNBA players and others in the sport world view this new CBA as a progressive, historic step forward. Yet there are fewer WNBA teams now than there once were. The WNBA began with eight teams in its initial season, reached 16 teams in the 2000 season and is currently down to 12 teams. Why the reduced number? Because the profits aren’t big enough as women’s sports don’t draw the big crowds, the high ticket prices, or lucrative TV and livestreaming contracts, especially in small city markets, compared to the NBA.

Whitney Medford from SB (Sports Blog) Nation stated on her Twitter feed:  “Things I’m shocked that WNBA players didn’t have before — proper legroom on flights, their own hotel rooms on trips, paid maternity leave. That’s bonkers and so basic. But proud of the women who made these things happen in the new CBA.”

According to a report, “The Union Advantage for Women,” released by the Institute for Women’s Policy Research, statistics show that women workers, notably women of color, benefit much more from having a union including higher wages and health care coverage, compared to those not unionized. (Feb. 22, 2018)

And even though the WNBA contract terms are still glaringly unequal compared to the NBA, the fact that there is a contract with defined, guaranteed terms will inspire workers of all nationalities, genders and abilities, from low-wage workers to professional athletes, to fight for a union.