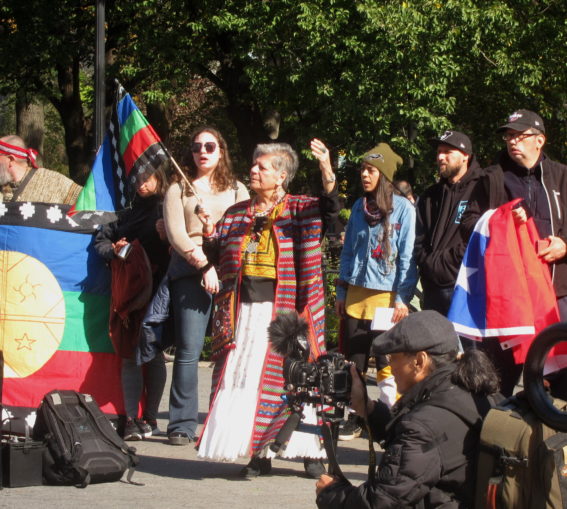 About 200 people gathered in protest in Union Square in New York City Nov. 4 to support a general strike in progress in Chile. Many were Chileans exiled during the U.S.-backed military dictatorship of Gen. Augusto Pinochet, which lasted from 1973 to 1990. Nieves Ayress, a former political prisoner under Pinochet, spoke [with flag in photo]. Militants from Mexico and Puerto Rico gave solidarity statements with Chile’s current mobilization against neoliberal austerity measures. Organizers stated they intend to keep up the solidarity gatherings.