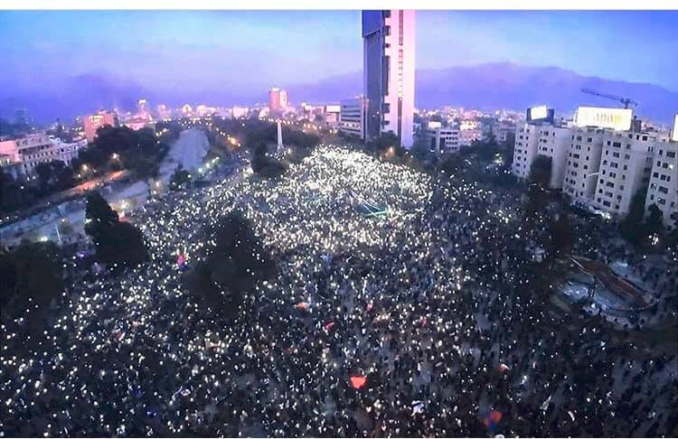 Beginning in mid-October, and continuing every Friday since then, hundreds of thousands of Chileans have been demonstrating against government neoliberal policies that have transformed their country into one of the most economically unequal in Latin America. The protests, initiated by youth over increases in transit fares, have spread from Santiago to other areas despite heavy government repression — reports claim at least 42 dead and 121 missing at the hands of police in the first two weeks.

These demonstrations are the largest since a fascist coup, led by General Augusto Pinochet in 1973 with U.S. backing, crushed the progressive government of President Salvador Allende and opened up a reign of terror. What followed was massive privatization of the country’s wealth, even affecting access to water. After Pinochet’s retirement in 1990, a supposed democratic government was restored, but the country remains in the grip of a small wealthy ruling class that relies on the military and police to maintain power over an increasingly impoverished working class.