What is the biggest problem that months of increasingly violent protests in Hong Kong have exposed?

Many people, especially younger people, are trying to understand the turmoil in Hong Kong. A Sept. 4 Workers World article traced some roots of the current uprising to reactionary connections with imperialist agencies and ideology. (“Hong Kong: Google Censors China”)

Examined here is how the “One Country, Two Systems” agreement for Hong Kong, a 1997 compromise, was an attempt to freeze in place in that city the capitalist property and social relations that existed under the decaying British empire.

Now, with a changed global relationship of major proportions, a sharpening conflict has broken out because of the contradictions between the “two systems” — China’s and that of the capitalist/imperialist countries. 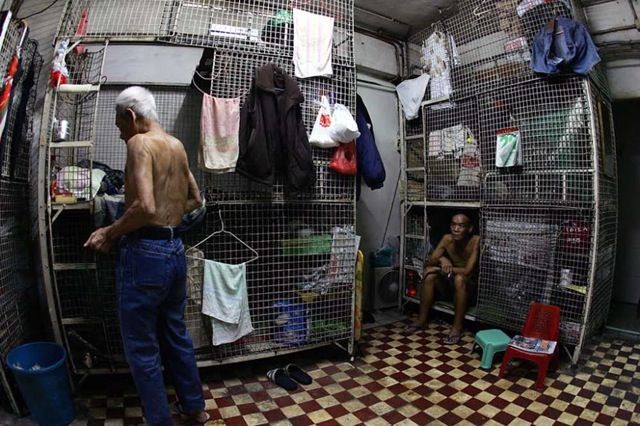 Background to ‘One Country, Two Systems’

The One Country, Two Systems agreement is by its very name a contradiction. To assume that this inherently unstable formulation could continue for the 50-year duration of the agreement would be a static and idealistic view of social development. Every relationship in society is subject to constant change, contention and struggle — in this case, a struggle between two contending social systems.

In 1997, the shrinking British empire was no longer able to hold any of its former possessions in the form of outright colonies. Instead, British imperialism had hammered into place, through British Commonwealth arrangements, neoliberal policies that guaranteed continued British economic domination throughout its former African and Asian colonies.

The People’s Republic of China, consolidated through the victory of the Chinese Revolution in 1949, was seriously underdeveloped in comparison to the imperialist countries, a legacy of China’s former subordination. This gave China an interest in continuing to encourage economic investment from Western powers, as long as China could control these investments. These funds came through the major banks in Hong Kong.

With the 1997 agreement, Britain agreed to respect China’s sovereignty in Hong Kong. British and U.S. imperialists assumed that China’s reliance on Western investment would favor and facilitate continued imperialist dominance of the city and its institutions.

It is abundantly clear now that, from the very inception of the 1997 agreement and even during the negotiations, those administering British and U.S. imperialism also planned to violate the agreement. By their aggressive funding of thousands of educational and social programs in Hong Kong, the imperialist powers showed that they had no intention of abiding by a pledge of 50 years of economic and political stability. Nor did they intend to respect China’s sovereignty in Hong Kong — or in the rest of China.

In the 1990s, before the signing of the agreement, Britain rushed to put political parties in place in Hong Kong stacked with loyal collaborators. During this time, when the Chinese Communist Party was still banned in the city, Britain set up a partially elected legislature that had never existed before.

Half the seats in the legislature were guaranteed to the bankers and top real estate capitalists. Britain also established a new educational curriculum to enshrine concepts of bourgeois democracy in the school system. These concepts had been prohibited in colonial-run schools.

The British established a court system to guarantee archaic capitalist property relations — a court system still in place. To this day, the overwhelming appointments to the Hong Kong High Court are not Hong Kong citizens. They are foreign British and British Commonwealth judges.

These machinations of British and U.S. policy makers were based on the premise that the capitalist market would quickly overwhelm China’s socialist revolution and negate the agreed-upon sovereignty of China over Hong Kong. The city was to be a wedge of capitalism into China. Its millions of English-speaking, well-educated young people were nurtured to be for pro-capitalist “democracy” and to be “Western” collaborators in the project to turn China over to capitalism.

The global capitalists assumed that what had happened in the Union of Soviet Socialist Republics would be repeated in China. Only six years before the 1997 agreement, imperialism had succeeded in overturning and completely breaking up the USSR. Imperialism seemed all-powerful.

But the imperialists of capital have been unable to overtake or overturn socialism in China, and are now provoking political turmoil in Hong Kong in order to discredit socialist China on the political front. This turmoil is accentuated by pro-capitalist legal, financial and cultural structures put in place by the city’s former colonizers and also by the present extremes of wealth and poverty in a city with its roots in capitalism, but, according to the agreement, governed by China. 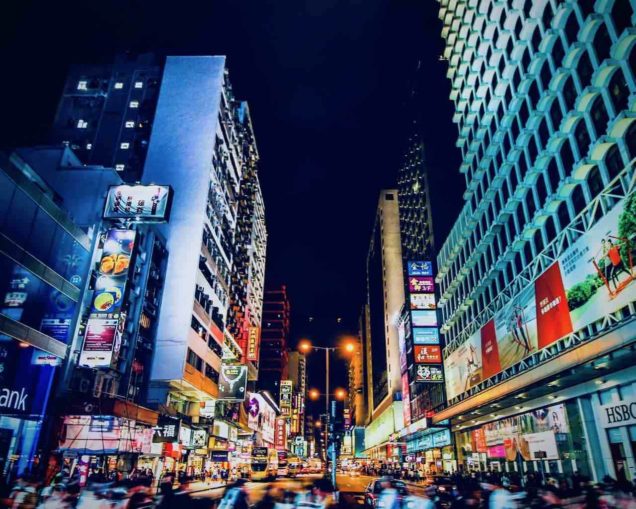 The development of socialism in China is hardly a finished process. From 1979 on, People’s China focused on its own internal development and did not attempt to speak in the name of world revolution.

Many revolutionary forces around the world, engaged in the class struggle in their own countries and opposed to their own ruling class, assumed that China had moved decisively toward capitalism. Imperialist forces made the same assumptions.

For two decades after the 1997 agreement, China was absorbed in the monumental task of raising hundreds of millions of people out of poverty and illiteracy. China’s economy has developed extremely rapidly since 1997, facilitated by ties to capitalist entities in Hong Kong.

But China’s economy remains under the control of the socialist superstructure — both the workers’ state and its Communist Party.

Now, British and U.S. policy strategists see that the state-owned banks and industries of the People’s Republic of China are likely to surpass the decaying capitalist societies of the West in almost every field within the next five years.

In 1997, Hong Kong accounted for 27 percent of the gross domestic product of all of China and was the access point to billions flowing into China. Capitalism seemed impossible to dislodge.

At present, Hong Kong accounts for less than 3 percent of China’s GDP and that  proportion is still decreasing.

It is of historic and decisive importance that the Chinese leadership did not yield the Communist Party’s hold on the development of Chinese society and the economy. China continues to be committed to using central planning to guide the development of essential infrastructure and central banks.

The Chinese Communist Party has made it abundantly clear that it is building socialism — with Chinese characteristics. It relies on socialist planning, but takes into account the underdevelopment and poverty inherited from old China. Its objective is to build socialism, while making compromises with the dominant force globally — the G7 imperialist powers. These capitalist economies, led by U.S. imperialism, have had a lock on modern industry and technology.

The unsolvable problem facing the Hong Kong capitalists and the entire web of global pirates is that, as much as they are faced with critical problems of infrastructure, environment and housing in the city, they are driven by the competitive nature of the capitalist system to maximize their individual profits for survival in competition with other capitalists.

In Hong Kong, capitalist property relations in the ownership of every square foot of land are still firmly established. Landlords, banks, laws and the legal apparatus of an antiquated system make even the most basic planning almost impossible.

For instance, the 2008 global economic crash stopped any plans for capitalists to improve conditions in Hong Kong.

But in that very year, the Chinese government was injecting billions into state planning for vast infrastructure projects to help China ride out the sharp cuts in Western investments and international bankruptcies.

Now the problem for the People’s Republic of China is how to find a path to peacefully restore its sovereignty over both Hong Kong and Taiwan, when these two outposts are completely controlled by imperialism and by archaic capitalist property relations enshrined in layers of legal protection.

At the same time, China is faced with an escalating trade war initiated by the U.S., as well as expanded U.S. military operations in the South China Sea and attempts to militarily encircle China.

Along with these factors, the bitter turmoil in Hong Kong stems from imperialism’s effort to create a crisis to stop China’s steady development.

As long as investment funds and technical development were taking place through connections in Hong Kong, the Chinese Communist Party gave a lower priority to influencing social development among Hong Kong youth.

China approached Hong Kong with the facts of socialist planning — and the tremendous gains the country was making — as the basis on which to win enthusiastic support among a new generation of Hong Kong youth.

But for 22 years, since 1997, a generation of youth in Hong Kong has been raised with hostility to socialist planning and denial of the fact that Hong Kong was part of China. Hundreds of millions of dollars of Western money has funded this political offensive, promoting the illusion of Western “democracy” and waving the British Union Jack and the U.S. flag.

Millions around the world understand that U.S. imperialism — with its endless wars and 800 international military bases, its starvation-sanctions policies, regime-change interventions and profit-driven, climate-crisis policies — is the greatest threat facing humanity. Capitalist “democracy” is the veil of illusion thrown over this reality.

Opposition to Western-funded intervention in Hong Kong belongs on the agenda of all those who are fighting to prevent a future of capitalist chaos.