On Aug. 3, 2019, one individual attempted to crush the spirit of millions. He attempted, through malice and violence, to turn back those who seek only refuge and safety. But his attempt has failed. The El Paso shooter, the latest in a long line of white supremacist murderers, used the tactics of terrorism in a futile attempt to stop the migration of Latinx people and preserve his vision of a white ethno-state.

But the driving force of migration is strong, and the will to survive is even stronger. On Sept. 7, Border Network for Human Rights, RAICES Texas, the National Day Laborer Organizing Network and their allies will gather in El Paso to march in the National Action Against White Supremacy. 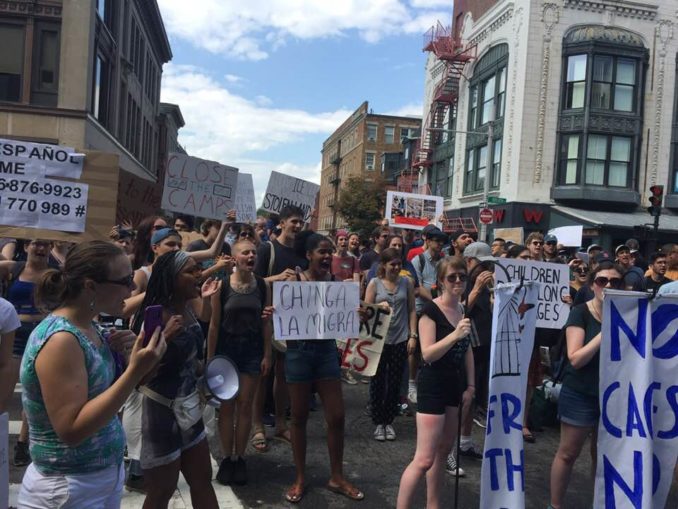 Workers World Party will proudly march shoulder to shoulder in solidarity with this action and beyond. We know that the only antidote to the plague of white supremacy is an unwavering commitment to anti-racism.

We also understand that white supremacist violence goes beyond the nightmare of El Paso. We know that the grasp of white supremacy extends beyond lone shooters, with its tendrils reaching through the ranks of state law enforcement agencies across the U.S. and the world. We know that letting children die in cages is just as great an act of terror as gunning them down in a shopping mall. And we know that there can be no justice in a world where capital crosses borders freely while human beings, especially those belonging to the global working class, cannot do so freely. So we unite together with one voice to say: “Abolish ICE, Abolish the Police, End Mass Incarceration, Close the Camps, Open the Borders, El Paso Firme!”