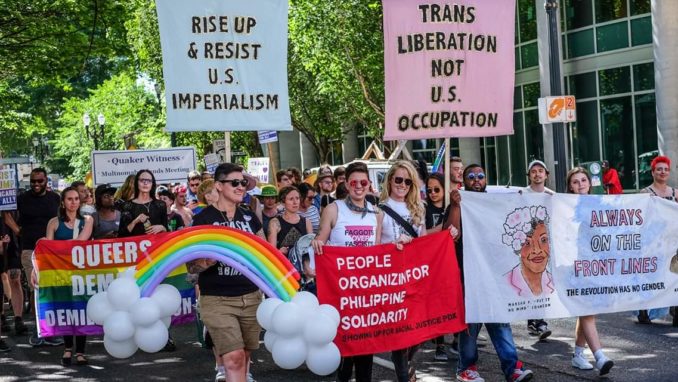 In response to the takeover of Portland Pride by corporations and the cops, over a thousand trans people and allies rallied and marched June 15 to demand an end to the murder of Black and of color trans women and nonbinary people. In the past 30 days at least five have been killed in the U.S. and eight so far in 2019.