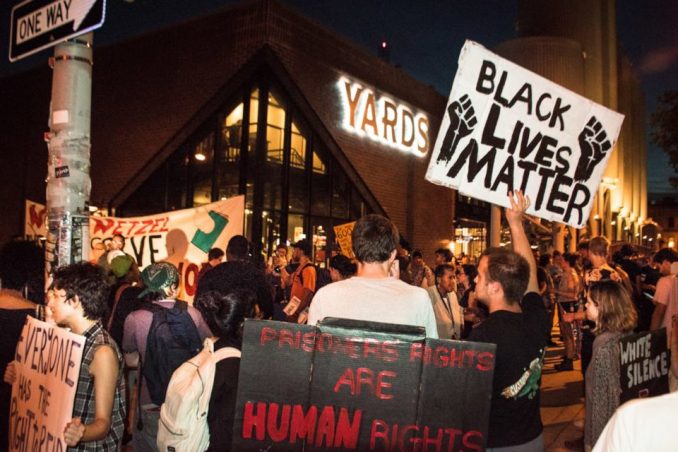 Pennsylvania Gov. Tom Wolf is backing draconian measures to restrict mail, books and periodicals available to prisoners. On Oct. 10, over 100 protesters in Philadelphia demonstrated against the new policies, which were adopted by the state’s Department of Corrections (PADOC) last month. Gathering outside the Yards Brewing Company, where Wolf was holding a campaign fundraiser, several demonstrators managed to get inside the venue. They directly challenged Wolf before they were forcibly removed.

The protest was called by Books Through Bars, the Coalition to Abolish Death by Incarceration, the Amistad Law Project, Life Lines Project, the Human Rights Coalition PA, Decarcerate PA, and the Youth Art and Self-improvement Project.

The new PADOC policies will cost over $15 million, while at the same time the state has cut back on funding for education, claiming budget shortages. The measures represent yet another avenue for corporations to profit off the suffering of prisoners and their families, who already pay excessive prices for phone calls and commissary purchases. “Health care” for the PADOC has been managed by for-profit interests for years.

The new policies also increase the violation of prisoners’ rights, restrict access to educational materials and interrupt people’s correspondence with loved ones on the outside. Under the regulations, prisoners’ mail is being sent to a private company in Florida, where it is opened, scanned and emailed to the prisons before copies of the mail are printed and delivered to prisoners. Originals are destroyed while scanned copies are kept in a searchable database by the DOC.  Legal mail is now copied and given to the recipient, with the original — and highly sensitive — documents kept on file for 15 days.

New regulations require that prisoners must order e-books through a prison-controlled kiosk and can only access the books by purchasing an expensive e-reader. Free books sent by family or by programs such as Books Through Bars are denied, forcing prisoners and their families to pay high rates for electronic substitutes of a limited, censored range.

The fate of access to newspapers and other periodicals remains in question.  The ability of over 300 Pennsylvania prisoners to receive their free subscriptions to Workers World newspaper could be threatened by the new rules. Since early 2017, the PADOC has frequently banned issues of Workers World that they consider “too subversive,” including an issue that urged support for the fight against white supremacy. Several members of the Philadelphia branch of Workers World Party joined the Oct. 10 protest.

Some of the activists who had spent the day inside Pennsylvania Sen. Bob Casey’s office, protesting his failure to protect immigrant rights, joined the demonstration for prisoners after their occupation ended.  They carried several “melting ICE cube” signs.

Both Wolf and Casey are up for re-election in November. While they face little challenge from their Republican opponents, protesters drove home the message that their Democratic party affiliation matters little while they are both making concessions to right-wing, for-profit forces.