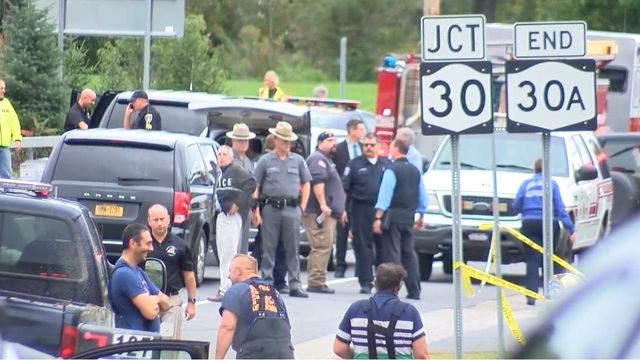 The 20 people who died in the Oct. 6 tragic crash of a supersized limousine in Schoharie, N.Y., were not the first victims of the limousine company owner Shahed Hussain.

Hussain, responsible for the faulty operation of the limousine, had been convicted in a Department of Motor Vehicles scam in 2001. To avoid prosecution and the prospect of deportation to Pakistan, where he faced a murder charge, Hussain convinced the FBI to take him on as an informant.

For several years, Hussain recorded conversations at the DMV for the FBI, incriminating friends and co-workers. Between 2004 and 2013, he was paid $96,000 of taxpayers’ money for his role in three separate entrapments of Muslim citizens and destruction of their communities. Several innocent men are now serving life sentences as a result of Hussain’s extremely questionable testimony.

The statement reads in part: “Our grief for the victims of the tragedy is mixed with our grief for the many victims of FBI stings involving the owner of the limousine company, Shahed Hussain … well known from his role as an FBI informant in three persecutions of Muslim citizens. … The FBI rewarded Hussain for his efforts by paying him handsomely, money he then used to start several businesses, including a motel and Prestige Limousine, whose limousine crashed in Schoharie.”

In all three cases, Hussain set up the “plots” and put these into motion by manipulating the men he was targeting.

Many news sources are focusing on the fact that the limousine, owned by Hussain’s company, repeatedly failed several New York state safety inspections, including a Sept. 4 test showing brake system malfunction, among other issues.

It is probable that brake failure led to the limousine speeding through an intersection and crashing into an embankment, killing the driver, all 17 passengers on board and two nearby pedestrians.

The overriding question is why were state, county and local officials looking the other way when it came to owner Shahed Hussain? Why was Hussain’s Prestige Limousines allowed to rent out vehicles that failed inspections repeatedly?  Why was his company allowed to function with drivers who were not licensed to operate these vehicles?

Prestige Limousines and Crest Inn, both owned by Hussain, had been the subject of frequent complaints and legal violations. Since 1997, Hussain had also been involved in dozens of lawsuits in Albany County.

Throughout, the FBI supported him, ignoring the potential dangers. After the fact, on Oct. 8, New York Gov. Andrew Cuomo said the limousine company was under investigation and could no longer operate.

But on Oct. 10, when police arrested Hussain’s son Nauman in connection with the limo crash, the New York State Police superintendent stated the son bore “sole responsibility.“ No mention was made of Shahed Hussain, the company owner. (New York Times 10/10/18)

Shahed Hussain, apparently still under FBI protection, was allowed to leave the U.S. immediately following the crash. He is reported to be now in either Pakistan or Dubai, leaving his son and his company’s workers to take the heat.