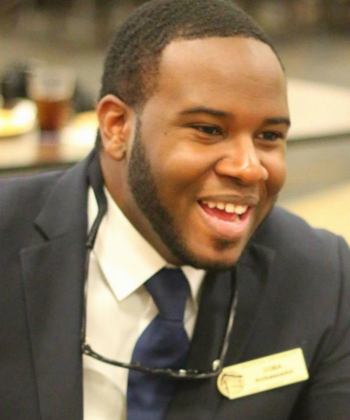 Botham Shem Jean, a migrant in Texas from the Caribbean island of St. Lucia, died at the hands of Dallas police officer Amber Guyger on Sept. 7 after she entered his apartment and shot him, claiming she believed it was her own apartment. His death reveals a crucial component of the struggle against police violence. The murder challenges the dominant narrative of police killings as solely the result of white male reactionary ideology.

In Dallas County, the struggle for justice also brings activists into confrontation with liberalism.

The history of racist violence in Texas is among the worst in the United States; some might argue it’s the worst in Western Civilization. The contemporary state of Texas is the result of Anglo-American migration, land speculation and filibustering into the Mexican state of Coahuila y Tejas. In response to the Mexican abolition of slavery, among other issues, from the fall of 1835 to the spring of 1836, Anglo Texans waged a war of “independence.” Mexican American Studies professor Raul Ramos has described it more accurately as the Texas War of Secession, with Anglo Texans far more akin to the Confederate cause in the U.S. Civil War.

Botham Jean’s killing exposes the nexus of immigrant rights and the Movement for Black Lives. Texas is where the Southern Black Belt meets the Borderlands. With an enslaved population that eventually overtook the Mexican population, independent Texas introduced a legacy of “Juan Crow” policies that disenfranchised Mexican-descended people while growing its slavocracy. At least one in four white Texan families owned enslaved people, who made up nearly one-third of the population.

During the Civil War, Texas was the only state to register an increase in its enslaved population, as it became a refuge for the Southern slaveholding class. During post-Civil War reconstruction, Texas was a hotbed of racist violence. According to the book, “Major Problems in Texas History,” between 1865 and 1868 there were over 5,000 pending homicide indictments and only one execution for murder statewide. In that same timespan, African Americans endured over 1,500 racist attacks, while Mexicans and Native Americans endured similar rates of violence.

Accentuating the long history of racial violence, Texas leads the nation in state-sanctioned executions with over 500 since the 1970s, eight times its closest rival Georgia. The national response to the June 1998 murder of James Byrd in Jasper helped produce a new generation of struggle against racial violence in which many in the contemporary Movement for Black Lives initially “cut their teeth.”

Yet, despite this long history of white supremacy, settler colonialism and state-sponsored violence, the metropolitan areas of Texas have become liberal enclaves in a deeply conservative state. The development of real estate speculation, science and technology, transnational investment banking and factories on both sides of the border has increased the migration of workers of color into the state’s urban hubs. Dallas has become one of those places.

‘The world is watching this case’

The political and economic shifts in Texas have changed the demographics and electoral representation in Dallas. Over the past 25 years, five out of six Dallas mayors have been Democrats. One-quarter of Dallas residents are Black, over twice the state average. The median household income of nearly $64,000 eclipses the state and national average by $7,000.

Dallas has a Black woman chief of police, and Dallas County has a Black woman district attorney and a Black woman county sheriff, with all but one registered Democrats. In the wake of the federal government’s overthrow of the Black Power movement, generations have been taught that “the color of Black Power is green,” as Richard Nixon once pronounced when endorsing Black capitalist strategies. Social mobility and electoral politics were taught as the way to make change. Yet, for Botham Jean, being an employee of the global accounting firm PwC, the official name of PricewaterhouseCoopers, did not protect him.

A multiracial, multigender and multigenerational coalition led by some of Texas’s most dynamic Black radical organizations has waged a campaign against the Dallas Police Department and Dallas County District Attorney Faith Johnson. Dallas Communities Organizing for Change, the Huey P. Newton Gun Club, Guerrilla Mainframe and other organizations have demanded justice for Botham Jean and underscored the long history of police violence and corruption within the Dallas Police Department.

In the early 2000s, DNA evidence led to overturning nearly 20 cases in Dallas County, thirteen of which involved Black defendants. In August, police officer Roy Oliver was surprisingly convicted of the 2017 murder of African-American teenager Jordan Edwards. In 2015 a dozen police officers were captured on camera swarming a pool party in the Dallas suburb of McKinney and brutalizing Black teens. None of the officers was indicted. Days before the killing of Jean, Black motorist Terry Oshae was killed in neighboring Arlington following a traffic stop.

One leader of these protests has been Rakem Balogun, founder of Guerrilla Mainframe and the Huey P. Newton Gun Club, who was jailed because of his 2017 Facebook posts and labeled a Black Identity Extremist. In a press release, Balogun states: “We refuse to let the status quo remain. This will not be the case with Botham Shem Jean.”

Balogun and others have demanded a murder indictment as opposed to what they have called an orchestrated manslaughter charge, which provides for a sentence of two to 20 years. Southern social media journalist Beau of the 5th Column has reminded his followers that murder in Texas is a capital offense for which the state can seek the death penalty.

In a protest outside the Dallas Cowboys’ football stadium Sept. 16 in support of Jean and Oshae, a multiracial, multigender group of activists dubbed the Dallas 9 were arrested. Two of the activists, identified as Brotha Shawt and Daryl X, have been held without bail and lost their jobs as a result.

As Balogun noted, the world is watching this case. Jean’s killing has impacted the race for the U.S. Senate in Texas between Democrat Beto O’Rourke and Republican Ted Cruz. Most importantly it is being diligently followed in St. Lucia and has reignited solidarity protests and vigils from New York to California.