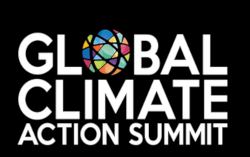 Thousands protested outside the summit. Those outside were not right-wing climate science deniers, but Indigenous activists and critics of “market-based” approaches protesting their exclusion from the summit.

One of the featured speakers on the inside was AFL-CIO President Rich Trumka. The theme of his talk was “Fight Climate Change the Right Way.”

Trumka raised concerns about “climate strategies that leave coal miners’ pension funds bankrupt, power plant workers unemployed, construction workers making less than they do now,” as well as the impact of a shift to green energy on coal mining jobs.

The biggest threat to employment among union miners has not been the struggle to defend the environment, but rather the mine bosses’ drive for profit. The bosses have closed union mines in favor of unorganized mines, a shift that has cost miners their lives. Mountaintop removal — also known as strip-mining — has devastated the economy and the landscape of states like West Virginia.

Did Trumka think he was going to convince this gathering of corporate philanthropists and capitalist politicians to promise new, union jobs to his constituents in conjunction with a profit-motive-oriented approach to saving the environment?

Pensions are legally understood to be “deferred wages” — money already earned when the retiree was on the job. How would converting a coal-fired power plant to one powered by green energy impact the pensions of current or future retirees? The problem is how changes in the capitalist economy impact funding.

In 1946, Trumka’s United Mine Workers (UMWA), under the leadership of President John L. Lewis, pioneered the first union pension plan. The UMWA negotiated what’s now known as a “defined benefit” that a miner was guaranteed each month upon retirement. However, retirees were not paid directly by the employers they had worked for, but from a multiemployer pension fund to which the coal barons were required to contribute a negotiated amount.

The UMWA defined benefit plan became a template for other unions to secure a decent living for their members in their retirement years. Defined benefit pensions were won through struggle — the United Auto Workers struck Chrysler for 104 days in 1950 — and are now under siege by bosses who want to replace them with 401(k) plans that cost the bosses less and do not guarantee a set monthly income for the retired worker.

When they first won pensions, unions demanded that pension funds be kept independent from the companies’ finances. That way the funds could not be raided if a company had a cash flow problem in an economic downturn, and the funds would still be there if a company went out of business.

Company contributions, however, were affected by how many workers were on the payroll. This worked fine with a stable workforce, where a steady stream of new workers replaced workers who retired, quit or died on a more or less one-for-one basis.

The problem now is that, due to downsizing, outsourcing and other factors that shrink the workforce, the number of UMWA retirees outnumbers active mineworkers by more than 12 to 1. Also, mine owners who go bankrupt or are out of business make no contributions. Lastly, the funds are invested in the stock market, leaving pensions vulnerable to fluctuations in a volatile market.

For all these reasons, the income from company contributions has failed to keep up with the outflow. This failure puts pensions and retiree health benefits in jeopardy. Many union-negotiated plans, such as the Teamsters’ multiemployer plan, are now underfunded.

So now Trumka is stoking fear that measures to combat climate change will end up costing more jobs in coal, in addition to creating unemployment in hard-hit mining communities that will cause the pension fund to be even more underfunded. Yet these measures are urgently needed to slow climate change.

Isn’t the real problem capitalist restructuring? The goal of restructuring is to drive down the cost of labor by squeezing maximum productivity from the fewest number of workers and at the lowest possible wage. Isn’t the capitalist drive for profit also responsible for the over reliance on fossil fuels that created global warming in the first place?

It’s absolutely right to programmatically combine the fight for climate justice with the fight for full employment. Trumka, however, frames the issue the wrong way. Intentionally or not, he ends up pitting jobs and pensions against the future of the planet.

Union workers have more in common with the protesters outside the summit, who marched for “climate, jobs and justice” and opposed environmental racism and capitalism.