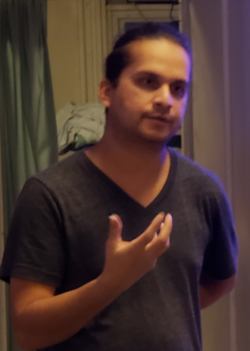 Baltimore — A new short video premiered here on Sept. 12 in solidarity with the National Prison Strike. The video focused on the Feb. 2, 2017, prisoners’ rebellion at the James T. Vaughn Correctional Center in Smyrna, Del., when a notoriously abusive guard was killed. The video also documented the support demonstration outside Vaughn at the time. The uprising illuminated the universally horrific conditions in U.S. prisons.

A prisoner narrates the powerful 15-minute representation of the oppressive conditions in Vaughn that gave rise to the rebellion. Videographer and producer Rasika Ruwanpathirana has made an important and compelling tool to build solidarity with the human beings now held in U.S. prison concentration camps, still incarcerated in the legacy of slavery.

The meeting recognized U.S. political prisoners Mumia Abu-Jamal and Leonard Peltier, and remembered Clarence Brandley, who died Sept. 2. Unjustly convicted of murder, Brandley was freed through the struggle of the Texas Death Penalty Abolition Movement. South African revolutionary Steve Biko was also remembered. A speaker from the Prisoner Solidarity Committee commented that the beatings described in the Vaughn video reminded them of Biko’s murder.

The People’s Power Assembly reported that Baltimore’s monthly Worker Solidarity Day was held in support of striking prisoners on Sept. 5. Meeting participants welcomed an appeal to support the Puerto Rico International Tribunal, to be held in New York City on Oct. 27, and the Days of Action to End the Blockade against Cuba, scheduled in Washington, D.C., Sept 24-27.

The People’s Power Assembly and the Prisoner Solidarity Committee sponsored the meeting. For more information or to get involved with the PSC in the Baltimore area call 443-221-3775.