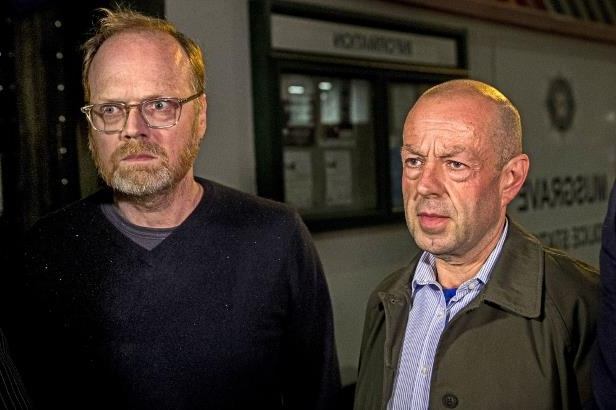 Police in Ireland’s occupied territory arrested investigative journalists Barry McCafferty and Trevor Birney on Aug. 31 in connection with the documentary “No Stone Unturned,” which they helped make. The film investigates the 1994 Loughinisland Massacre, in which members of the loyalist terrorist organization Ulster Volunteer Force opened fire on a pub, killing six and wounding five. This indiscriminate killing was meant to terrorize Catholics in the occupied six counties.

Commonly referred to as “Northern Ireland,” this portion of Ireland is still occupied by British forces and subjected to British law. The 1922 partition between this territory and the rest of Ireland has plagued the country, and it endangers the largely Catholic nationalist community cut off from their brothers and sisters in the Republic.

The stubbornly insatiable drive to maintain British imperialism is at the root of the Troubles — three decades of intense conflict and turmoil during which the Loughinisland Massacre took place.

Survivors and family members of the slain civilians have long suspected collusion between the UVF and the Royal Ulster Constabulary — an imperialist police force in the occupied six counties with a long history of violence and close connections to loyalist paramilitary organizations. The RUC has since changed its name to the Police Service of Northern Ireland, but has retained its role in the imperialist order.

Suspicions of collusion were stoked by destruction of the getaway car, DNA evidence and RUC interview transcripts. It also came to light that although the names of the suspects were known in the first 24 hours, police tipped the men off and did not question them for another two months. The suspected shooter, Ronald Hawthorn, was a member of the British military and a well-known UVF member tied to several other acts of violence against Catholics.

After several earlier reports, a recent investigation has confirmed what many had known all along — that the colonial police force conspired with the UVF in the murders. However, details still were omitted to protect the perpetrators — at least one of whom was likely an informant.

The documentary helped shed further light on the reality of loyalist terrorism and the issue of loyalist paramilitary collaboration with the British imperialist state. Investigators were able to decode reports to assign identities to the protected UVF men. Charges have yet to be brought against any of those implicated in the murders.

Conversely, McCaffrey and Birney — accused of stealing pertinent information that the police withheld from the families — were arrested for exposing the truth of the Loughinisland Massacre and the collusion. Clare Rogan, the spouse of one of the people murdered in 1994, called the arrests “the latest attempt to deter the work of families and journalists who seek to shine the light on the dark levels of collusion at the heart of the British state.” (krw-law.ie, Aug. 31)

For all its stark brutality, the Loughinisland Massacre and its cover-up by the British state are far from unique. On the contrary, this perpetual injustice is completely in line with the history of British imperialism in the six counties and in all of Ireland, as well as in other countries subjected to its genocidal tyranny.

The British government still refuses to release 50 million documents relating to the unsolved murders of more than 3,000 people during the Troubles. To do so would no doubt implicate the state in perpetrating and covering up many of these murders.