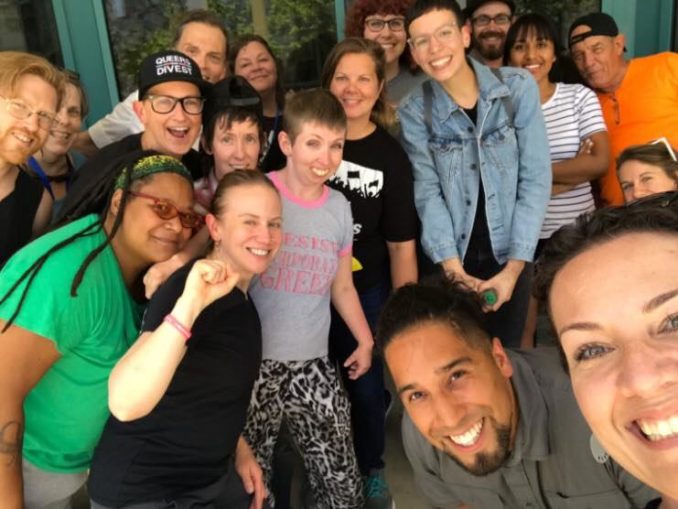 Eight people were arrested July 12 during a nonviolent direct action targeting the national headquarters of MTC — Management Training Corporation — located in Centerville, Utah. MTC is the third largest builder of internment camps housing undocumented migrants. The eight were part of a coalition formed to combat attacks on migrants. They joined other groups around the country by focusing on the company that is building for-profit prisons and detention centers. The group called for abolishing ICE — U.S. Immigration and Customs Enforcement — and for the end of for-profit prisons.

— Report by Summer Smith, who was one of those arrested; photo by Darin Mann