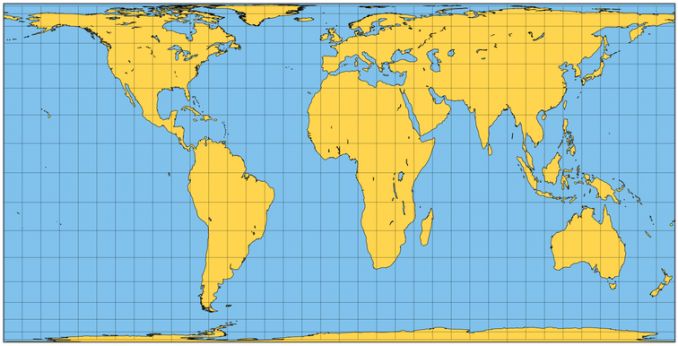 In imperialist Western Europe, North America and the U.S. in particular, a perennial issue is again rearing its ugly head within progressive circles — involving vital support for imperialism and military aggression.

As has been the case historically, this support ranges from denial of self-determination for oppressed countries — countries of the Global South — to jingoistic participation in a drive toward war.

In mid-2018 it is all too common for such so-called progressives to refuse to support the right of Korean, Venezuelan and Syrian self-determination. Some also refuse to denounce U.S. military and economic aggression against these countries. They line up their positions with the campaign of U.S. politicians and the corporate media to demonize the countries under attack.

The ability of U.S. imperialism to construct a popular consensus for war and subversion against these countries relies in part on the willingness of these “progressives” to line up. Lining up, in effect, is a type of opportunism, a caving-in to the war drive under the pressure of public opinion manufactured by the imperialist ruling class.

To understand the consequences and function of this opportunism in acts of imperialist aggression, it is helpful to consider the blow to internationalism over 100 years ago during the buildup to World War I.

The Second International was a worldwide organization of parties calling themselves Socialist or Social Democratic; some in Western Europe had a mass following of workers. Representatives of these parties had pledged at international meetings to resist any moves of their countries’ ruling classes to wage war, which would be an imperialist war of conquest. This position was meant to facilitate working-class revolution through international class solidarity.

Of course the ruling class, the militarists and all the rightist elements in each country promoted chauvinist, hostile attitudes toward all foreigners. It was the duty of the leaders of the Second International to fight against these attitudes among the masses and especially among the workers. Instead, the positions taken at the international conferences proved illusory in many parties.

While these leaders did not themselves promote the hostile, almost racist, stereotypes, they found “progressive” pretexts for war.

In Germany, the Social Democratic Party voted to fund the war, with much of the leadership arguing for the need to to wage war against what was then Czarist Russia. From left to right, German society largely accepted nationalistic class collaboration, which was framed as an imperative to defend German culture and society from “backward” Russian influence.

In France and Britain, the social democratic leaders, with few exceptions, railed against German militarism and in support of their own capitalist democracies.

Presenting imperialism as a progressive endeavor or defense against repression and backwardness promoted bourgeois nationalism that ultimately tore the Second International apart and pitted workers against one another. The Second International was dissolved in 1916 after its organizations in the separate European countries supported their own national bourgeoisies and followed them to war — on both sides.

There was a material basis for this treachery. Imperialist exploitation of the colonies enabled the ruling class, as Workers World contributing editor Fred Goldstein wrote in his book “Capitalism at a Dead End,” to “throw crumbs at the upper strata of the working class.” These sectors allowed the development of a privileged labor leadership and workers’ parties that were no longer committed to revolution.

Having experienced the social-imperialism that divided socialists during World War I, Lenin was keenly aware that “the fight against imperialism is a sham … unless it is inseparably bound with the fight against opportunism.” (Imperialism: The Highest Stage of Capitalism)

Just as colonizers asserted the beneficence inherent in the “white man’s burden” — a racist concept — to impose Western imperialism on the world, so too do today’s “progressives” promote the narrative that U.S. imperialism is a gift to the Global South.

Those committed to anti-imperialist principles are often attacked by people who claim to uphold socialism and international solidarity. The Western progressives’ stated reason for hostility against countries in the Global South is often that they do not see these countries as socialist enough or democratic enough to deserve their support.

This is a completely inconsistent and hypocritical standard. Most of these “progressive” imperialists would rather defend the right of self-determination for Western capitalist countries.

A selective standard infects the left. It makes some people enthusiastic supporters of imperialist aggression. It makes many others at least reluctant to speak out against imperialism for fear of breaking with public opinion that is manufactured by pervasive bourgeois ideology.

This ideological domination is the root of 21st-century opportunism. Those then find a pretext in the problems faced by the demonized countries, which themselves are struggling to defend their independence from imperialism.

Just as was the case for WWI, the marching lines of imperialism are presented as a march of progress.

What should be a question of self-determination is derailed by red herrings that opportunists would never use as a pretext for the subjugation of their own country. It is an insidious means of undermining internationalism for the sake of the imperialist powers.

Although rarely left of center, liberals have likewise shown themselves to be enthusiastic “progressive” imperialists. Media figures like Rachel Maddow have criticized Trump for negotiating with North Korean leader Kim Jong Un. Maddow, and many more like her, prefer that the U.S. enforce its will on the DPRK rather than come to any sort of diplomatic agreement.

Maddow went so far as to suggest that their meeting was orchestrated by Russia to undermine U.S. interests in Asia. As ridiculous as it is, this militaristic thinking should not be dismissed as fringe conspiracy theory or mere sectarian pettiness.

Nor should it be seen as unique to U.S.-Korean relations. John Oliver, another media figure who enjoys credibility as a progressive, recently dedicated an entire show of his HBO series to denouncing supporters of the late Venezuelan President Hugo Chávez. Oliver showed himself a willing collaborator of U.S. imperialism by downplaying Washington’s hostility to Venezuela and glorifying the violent and undemocratic U.S.-backed opposition there.

To denounce the recent Venezuelan election and the legitimacy of the Bolivarian Revolution more generally, Oliver took to using misleading abbreviated quotes and a highly selective history of U.S. imperialism in the region. He did not mention the U.S.-backed coup in 2002, which tried to overthrow the democratically elected Chávez or any other facts that might reveal the extent to which Washington has consistently tried to undermine Venezuelan self-determination.

Even Democracy Now!, the most prominent alternative broadcast outlet that often provides a left voice, has fallen into the same trap with regard particularly to Syria. It has provided alleged “independent” corroboration of the imperialist narrative touting regime change in Syria, broadcasting reports from the White Helmets grouping and other obviously biased sources that have been exposed as aligned with the imperialists.

The progressive façade propagated by liberals has made it easier for Washington to carry out military aggression without arousing mass resistance. It also provides an in for opportunist segments of the left to support imperialist maneuvers while disguising this as leftist criticism. This was the case during this year’s Left Forum where opportunists attacked Black Alliance for Peace organizer Ajamu Baraka for his support of Syrian ­self-determination. (workers.org, June 14)

In adopting and enforcing imperialist lies against the people of Venezuela, Korea and Syria, these media — along with political organizations that take the same positions — align themselves with the U.S. ruling class in support of nationalist military aggression.

The historic lessons of the Second International teach the working class and its parties that they must confront opportunism on the left if they are to adequately oppose imperialism. This requires rooting out bourgeois colonial ideology, which is used to vilify self-determination of countries in the Global South and present the liberation of those countries as a hazard for people living in the imperialist countries.