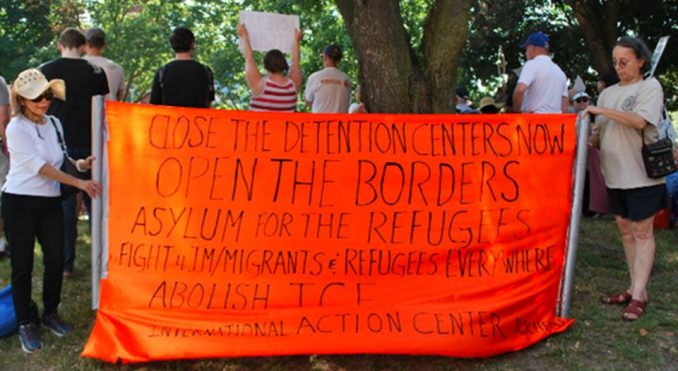 More than 200 protesters gathered at Washington Square Park in blistering heat in Rochester, N.Y., on June 30 to protest the actions of Immigration and Customs Enforcement and the federal government. With signs and songs they demanded that immigrant children forcibly separated from their parents be immediately reunited with them. The rally was supported by more than 10 local groups, including the International Action Center, whose banner attracted much favorable attention.