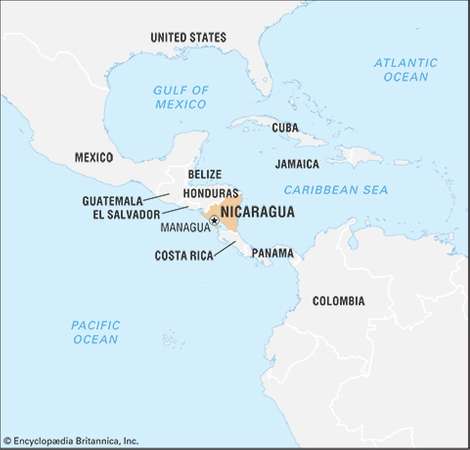 When the New York Times starts advocating the “rule of law” in another country, as it did in a May opinion piece, and other corporate media chime in, we should always pay attention.

That’s so we can know which country U.S. imperialism is gearing up to destabilize.

This time — once again — it’s Nicaragua, with the U.S. trumpeting to replace President Daniel Ortega and the Sandinista government.

It behooves us to note that the Nicaraguan prominently mentioned as the “opposition” to the Sandinistas by the U.S. press is Juan Sebastián Chamorro, a “spokesman” for the “Civic Alliance for Justice and Democracy.” His aunt is ex-President Violeta Chamorro, whose government belonged to a coalition of U.S.-backed, right-wing political parties battling Sandinista national liberation forces in the 1990s.

Since the mid-19th century, the U.S. has asserted its Monroe Doctrine “right” to colonize and exploit Nicaragua as its own backyard. And from the beginning, Nicaraguans have resisted, including the revolutionary rebellion led by Gen. Augusto C. Sandino in the 1920s and 1930s.

When the Sandinista National Liberation Front triumphed in 1979, it still had to defeat the subsequent CIA-orchestrated covert war involving terrorist acts, as well as a Washington-sponsored propaganda campaign.

Now the U.S. is trying again to undermine Nicaragua, taking advantage of protests that turned violent after the government announced a planned decrease in social security benefits. It later rescinded the move.

There is much evidence that the violence was promoted by the reactionary, pro-imperialist opposition. But the May 29 report by Amnesty International claimed that the current Sandinista government was involved in “extrajudicial killing” and “repression.”

This certainly isn’t the first time that AI has served as a propaganda megaphone for U.S. interests. But this time, its claims have been cogently answered by Camilo Mejía, a native of Nicaragua — and a 2004 Amnesty International prisoner of conscience.

Mejía wasn’t imprisoned by Nicaragua. He was jailed by the U.S. — as an Iraq war veteran, resister and conscientious objector.

In an “Open Letter to Amnesty International,” Mejía emphasizes: “The [AI] report feeds on claims from those on one side of the conflict, and relies on deeply corrupted evidence; it ultimately helps create the mirage of a genocidal state, in turn generating more anti-government sentiment locally and abroad, and paving the way for ever more aggressive foreign intervention.”

Mejía stresses that the U.S. opposes the Sandinista government for its attempts to maintain independence from the “neoliberal economic order imposed by the U.S. and its allies.”

Mejía notes that improvements made by this national liberation government include universal access to education, primary, secondary and university; and a modest, excellent health care system accessible to all. He points out: “Approximately 90 percent of the food consumed by Nicaraguans is produced in Nicaragua, and about 70 percent of jobs come from the grassroots economy — rather than from transnational corporations.”

Mejía says that “the audacity of success” of the Sandinista government has “once again placed Nicaragua in the crosshairs of U.S. intervention.”

Surely, we in the U.S. need no reminder of overt U.S. propaganda that manipulates public thinking — think of the demonization of independent Iraq, Libya and Syria.

And it is all too common for U.S. covert agencies to manipulate what may be valid demands by people in another country, in cooperation with ruling-class reactionaries. The U.S. ruling class will always attempt to turn progressive movements into their opposite — to divert people from a possible revolutionary path forward.