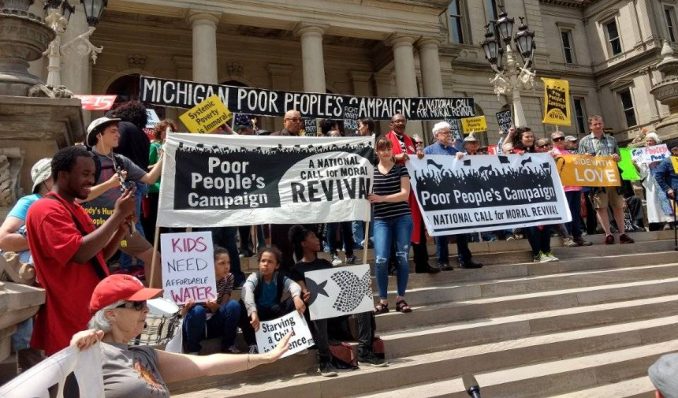 Protesters in Lansing, Mich., May 14.

One thousand people were arrested May 14 in civil disobedience actions at 39 state capitols across the United States. It was the kickoff to the Poor People’s Campaign, initiated by Rev. William Barber II. In Michigan, several hundred protesters from across the state joined a rally in Lansing and then blocked streets in front of the State Capitol for several hours. The rally linked struggles for a living wage and against evictions, water shutoffs, Medicaid cutbacks and the myriad of other attacks on the poor.