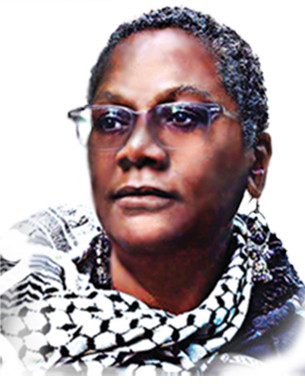 This is a slightly edited version of a talk given at a Workers World Party forum on Feb. 3, titled “Women and the Struggle for Socialism,” in New York City.

How could you have not been horrified at hearing woman after woman share their painful experiences of being sexually assaulted by Michigan State University’s Dr. Larry Nassar.  He was sentenced to a prison term of over 100 years after pleading guilty to child pornography and sexual assault charges, mainly on behalf of gymnasts — some as young as six years old — through “medical examinations.”  His final sentencing was on Feb. 5.

With all the horror these women expressed to the world, you can’t help but be inspired by their courage in speaking out.  Many of them stated how grateful they were to the #MeToo and #Timesup campaigns for giving them the strength to speak out.

CNN showed Randall Margraves, a father of three gymnasts whom Nassar assaulted, attempting to lunge at him as he was being sentenced on Feb. 2, directly after two of his daughters’ testimony. Margraves, wearing an International Electrical Workers shirt, showed much anguish on his face.  He wanted to mete out personal justice for what this sexual predator had done to his daughters. Who could blame him? Margraves later apologized and stated that he had no intention of upstaging his daughters.

Since the Nassar trial and sentencing, it has been reported that he sexually assaulted 265 gymnasts over a period of 25 years or more at MSU.  These women will be dealing with post-traumatic stress and depression forever. A major question has arisen: How can just one person get away with so much sexual violence without being caught and only now brought to justice?

Gymnast Rachael Denhollander stated in court: “You don’t get someone like Larry Nassar, you don’t get a pedophile that is able to abuse without there being a culture surrounding him in that place.” When the gymnasts and their families attempted years before to expose Nassar, they were either dismissed or given the run-around.

It has now been documented that Nassar’s crimes were well protected by a rape culture festering at MSU.  Part of this culture involved MSU’s president, gymnast coach and athletics director, members of the U.S. Olympics Gymnastics Committee and others. They have all resigned from their positions, and there will probably be more resignations before all is said and done.

The tip of the iceberg

But the Nassar scandal, as horrific and heinous as it is, is just the tip of the iceberg. On the heels of these developments was an investigation made by ESPN’s “Outside the Lines” program of sexual assaults carried out against young women at MSU by basketball and football players since 2009.  These assaults were not new, but the Nassar case helped to shine an even brighter light on them.

Workers World newspaper published an article by Megan Spencer, a MSU graduate on Oct. 21, 2010, titled “Activists protest handling of rape charges.” She wrote: “The university administration has failed to suspend or expel the players from MSU, and has not even released a statement condemning the assault. In addition, Residence Life, the department in charge of on-campus housing, has failed to remove the players from their dorm room, further endangering women at MSU. Neither the director of MSU’s Athletic Department, Mark Hollis, nor men’s basketball coach Tom Izzo has commented publicly on the assault.”

Spencer continued: “By failing to take action, punish the assailants or respond to this act of violence, MSU’s administration, Residence Life and the Athletic Department send the message that students can commit acts of sexual violence against other students without consequence. It also sends the message to survivors of sexual assault that their experiences are not significant to administrators, prosecutors and others with authority, thus discouraging future survivors from reporting assaults.”

Today Mark Dantonio, MSU football coach, and Izzo are once again on the hot seat for covering up for their players’ acts, while women continue to suffer for these crimes, even to the point of committing suicide.  Meanwhile, students and faculty members have organized protests in solidarity with the women survivors of these sexual assaults and to expose everyone involved with the cover-up. Also, students protested naming Michigan’s former reactionary governor, John Engler, to fill the interim MSU president’s seat. It was revealed that even National College Athletic Association President Mark Emmert was aware of what was happening at MSU before it became public.

The bigger question is: Are the sexual assaults at MSU isolated cases? What about similar assaults at Baylor University in 2014? Or at Oklahoma University in 2014?  Or at the University of Missouri? What about the Duke Lacrosse rape case in the early 2000s? Are any of these incidents isolated? Hell, no! In fact, even sports analysts say that sexual assaults against women are systemic, especially at schools with large athletic programs that  each year bring millions of dollars into the coffers of these institutions — which are run more like corporations than schools. These programs will do anything and everything to protect their reputations and profits, including covering up sexual assaults by their players. At the same time, these unpaid athletes are super-exploited like other workers.

When these universities seek the most talented players, many of whom are players of color and come from struggling families, they use sexual favors to recruit them — a common practice.  This was just exposed at the University of Louisville when basketball coach Rick Pitino was forced to resign.

What analysts do not say is that rape culture against women is systemic to capitalism and is rooted in class society which gave rise to patriarchy. Women’s oppression has been institutionalized throughout the various stages of class society — during ancient slavery, feudalism and the current stage of capitalism. But under capitalism, where all human interactions are defined by the buying and selling of commodities to make profits, women are treated like commodities — to be exploited on the job and objectified in mass culture.  Sports culture, whether amateur or professional, is one of the greatest culprits in the exploitation of women.

This is not to excuse the unspeakable criminal behavior of these athletes, who, truthfully, are products of this rape culture.  Like the Ray Rices and the O.J. Simpsons of the world, it’s important to keep in mind that they did not create this culture, but they perpetuate it.

For example, Oprah Winfrey raised in her Golden Globes speech the kidnapping and gang rape of Recy Taylor, a Black woman, by six white men in 1944 in Alabama. A grand jury refused to indict any of these racist, sexist predators. Taylor fought for justice until her death in December at the age of 97. Her name and many others should be etched in our memories forever. Indigenous women and girls in this country have disappeared at an alarming rate, many of them found raped and murdered.

If the repressive state apparatus cannot end violence against women, how can we expect other capitalist institutions like MSU and Baylor University to end it?  We fight for justice for people of color, women, LGBTQ people, immigrants, people with disabilities and any sector of our class under attack, because, as a revolutionary party, we know it is key to building class unity.

However, we also understand that capitalism cannot be reformed in order to bring lasting justice for oppressed sectors of our class because this economic system is inherently anti-people of color, anti-immigrant, anti-woman, anti-queer, anti-those with disabilities. In other words, capitalism is anti-human.

This is why we must continue to fight for socialism. The advancement of any society is measured by the advancement of women.  Despite their lower level of production, the Cuban revolution and the former Soviet Union, in existence for 75 years, were able to liberate women so they could become full participants in society and not relegated to second-class status. Why can’t we do the same in the richest country in the world?

What these countries have and had that we don’t have is a revolution for socialism. This means that the old repressive state that exists to keep people of color, immigrants, women, LGBTQ people, people with disabilities and workers downtrodden, and the ruling class on top, must be smashed so a new state can replace it. This new state must be run by the vast majority of workers of many nationalities, both women and men with equal authority,  in order to produce everything we need to become productive human beings.

I quote an article I wrote in a 1995 pamphlet published by World View Forum, titled “Capitalism’s war on women: Why the system is responsible for violence against women.” The article, “Domestic violence, racism and the state,” was prompted by the original O.J. Simpson case. It reads: “The state is a naked admission that not only do class contradictions exist between the working class and the ruling class, but that these contradictions cannot be reconciled with the intervention of the class struggle.”

The article asks: “How can young women, women of color, poor women, lesbians, [trans women,] and working-class women realize their full potential in capitalist society when all they face is violence, unemployment, exploitation, and oppression in their lives?”

Additionally, it explains: “[The] capitalist state cannot be reformed and will not change its class orientation without the intervention of the working class.  The state, based on cruel and unjust laws, must be smashed as it was in Czarist Russia in 1917, in China in 1949 and in Cuba in 1959, and replaced with a worker’s state that will defend the interests of all the workers of all nationalities in the name of soclalist reconstruction and harmony.”

The article concludes, “Only through the class struggle and the overthrow of class oppression will women be liberated, along with their class brothers, from centuries of sexism and backward ideas. Smash women’s oppression!”