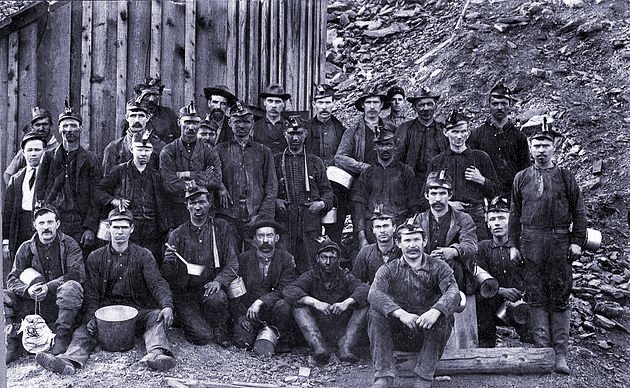 Veterans of the Battle of Blair Mountain, W.Va., fought against federal troops by Black, Irish, Italian immigrant and Appalachian-region workers in 1921.

The role of West Virginia’s education workers who are reviving a militant spirit in U.S. labor should come as no surprise to those who know this mountainous state’s labor history. West Virginia is, after all, the land that gave us “Solidarity Forever,” one of the most famous union anthems.

Wobbly (Industrial Workers of the World) organizer Ralph Chaplin wrote the song after a bloody campaign in 1913 to improve the working conditions of coal miners in Kanawha County, W.Va. The criminal coal companies turned to violence to break the strike, firing on the workers with machine guns and high-powered rifles. But the workers persevered, and after a year of striking — and tragic bloodshed — the coal miners won a favorable contract.

It was this heroic solidarity that inspired Chaplin to write the lines, “When the union’s inspiration through the workers’ blood shall run / there can be no power greater anywhere beneath the sun.”

During the 1921 Battle of Blair Mountain, West Virginia miners showed the meaning of Chaplin’s lyrics. In addition to braving the dangerous conditions in the mines, the workers were fed up by the violent harassment of the “gun thugs” hired by the coal companies to silence any labor unrest.

Arming themselves in self-defense, a multinational formation of over 10,000 Black and white coal miners — some of them first generation Italian and Irish immigrants — marched through southwestern West Virginia to liberate the coalfields from the owners. The state responded by sending in federal troops, which turned the miners’ righteous struggle for union rights into the bloodiest episode of class warfare in U.S. history.

It was during the Battle of Blair Mountain that the miners wore iconic red bandanas, leading to the term “redneck.” Since then, workers in West Virginia — from the striking miners of the 1960s and 1970s to the education workers demanding what’s rightfully theirs at the Capitol in the early days of March — have worn the red bandana in remembrance of past struggles.

It is a history all workers can benefit from and be proud of. It has already impelled the bravery and solidarity of the mostly women education workers on strike in the state’s 55 counties, sending an inspiring message to union workers everywhere. Some, like the teachers in Oklahoma, have voted to take action.