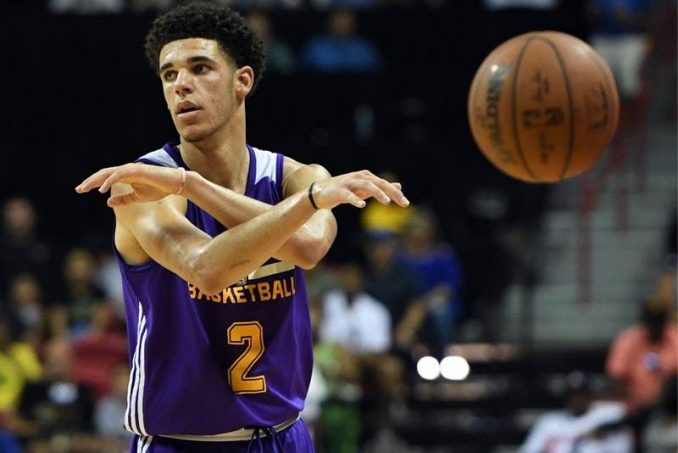 February 26 — The FBI announced Feb. 23 that it has obtained evidence that the National Collegiate Athletic Association violated various codes of ethics regarding its Division I basketball programs. The FBI obtained evidence through emails, financial records and an estimated 4,000 conversations from wiretaps.

This investigation ran from 2015 until 2017 and involved agents and financial managers from ASM Sports. The agency established relationships with high school basketball players and families in order to lure them with incentives to commit to athletics programs at colleges and universities ASM contracted with. The incentives included sums of money, large and small, along with food and travel expenses. The incriminating records were mainly those of Andy Miller, until recently a high-profile agent for National Basketball Association stars. Miller is president of ASM Sports.

At least three dozen schools famous for their sports programs have been named in this probe. These include Alabama, Duke, Kentucky, Louisiana State University, Maryland, Michigan State, North Carolina State, University of North Carolina, Seton Hall, Texas, University of Southern California and Washington. Players from these schools who could be connected to the probe include some currently playing in the NBA.

Once the FBI decides to publicly release the documents, the information has the potential of leading to sanctions against the schools in question and the suspension of the players, the vast majority of them African-American men whose families struggle financially just to make ends meet. Besides sanctions, criminal charges could conceivably be brought by the FBI against the players or even some of the coaches.

Some of the student-athletes who have been accused of associating with ASM Sports were not allowed to play in college games over the weekend of Feb. 23-24. Those who did play were taunted with chants from fans as being “cheaters.”

NCAA President Mark Emmert, whose annual salary is close to $2 million, not including perks, stated, “These allegations, if true, point to systematic failures that must be fixed and fixed now if we want college sports in America. Simply put, people who engage in this kind of behavior have no place in college sports. They are an affront to all those who play by the rules.” (espn.com, Feb. 25)

The NCAA and individual schools plan to carry out their own investigations —  yet another scandal coming on the heels of the Larry Nassar sexual assaults on over 160 gymnasts and other women athletes.

Around the same time the FBI probe was announced, a well-known Black journalist, Shaun King, wrote a Feb. 22 article for an online publication, The Intercept: “The NCAA Says Student-Athletes Shouldn’t Be Paid Because the 13th Amendment Allows Unpaid Prison Labor.”

King reminded the readers that the NCAA hierarchy had challenged lawsuits in 2016 and 2017 advocating for student-athletes to be treated like other workers by paying them for their labor on the field of play. Lawsuits filed for the college players rightfully stated that student-athletes were being treated the same as prisoners, who are exploited as slave labor.

The NCAA horrifyingly justified no payment for student-athletes by basing its legal argument on the 13th Amendment to the U.S. Constitution, which kept unpaid labor as legal if practiced in U.S. prisons. Adopted after the U.S. Civil War in 1865, that amendment abolished the unpaid labor of slavery except during involuntary servitude in prison because of a criminal conviction. The NCAA’s legal argument racially stereotypes African-American athletes in disproportionate numbers, but generally exploits all student-athletes, regardless of nationality and economic backgrounds.

The implications of not paying student-athletes go to the heart of the recent NCAA scandal. The NCAA is first and foremost a multi-billion-dollar enterprise, seeking to make profits under capitalism. In 2006, CBS and Time Warner signed a 14-year contract with the NCAA to air its three-week March Madness basketball tournament, online and on TV, for $10.6 billion.

None of the student-athletes on the 68 teams selected yearly in the tournament brackets receive one dime from the NCAA. Furthermore, it is illegal for student-athletes to receive any kind of financial compensation, even if their likeness appears on T-shirts or other merchandise that makes profits for others.

Is it any surprise that agents like Andy Miller, who represent the interests of corporate sports giants like Nike, take advantage of student-athletes who dream of being drafted by the NBA in order to financially support their economically challenged families?

In response to the latest NCAA scandal, Stan Van Gundy, the white coach of the NBA’s Detroit Pistons, stated: “The NCAA is one of the worst organizations — maybe the worst organization — in sports. They certainly don’t care about the athletes. They’re going to act now like they’re just appalled by all these things going on in college basketball? Please. It’s ridiculous.” (Detroit News, Feb. 25)

It is important to emphasize that 75 percent of NBA players are African American. Gundy exposed the widespread hypocrisy toward Black football and basketball players. These are the student-athletes most victimized by the NCAA’s “one and done” rule that high school players are obligated to spend at least one year in college, or sit out one year after high school, before they can enter the NBA or National Football League draft. The rule does not apply to hockey or baseball players, the majority of whom are white, who can bypass college to become professional players, starting in the minor leagues.

Gundy stated, “I’ve always been in favor of going straight to the NBA.  I don’t understand why, as an industry, basketball or any other professional sport, we’re able to limit somebody’s ability to make money. I don’t get it. I think personally — and now I’m definitely on a soapbox —  the people who were against them coming out made a lot of excuses but a lot of it was racist.”

Gundy continued, “The reason I’m going to say that is I’ve never heard anybody go up arms about letting kids go out and play minor-league baseball or hockey. They’re not making big money and they’re white kids and nobody has a problem. But all of a sudden, you’ve got a black kid who wants to come out of high school and make millions — that’s a bad decision?”

Lonzo Ball, a celebrated rookie on the Los Angeles Lakers, stated that all NCAA players — in all sports — should be paid. (Sports Nation, Feb. 26)

In whatever way the latest FBI scandal plays out, Black student-athletes will publicly bear the main brunt when all along they are scapegoats for the corruption built into capitalism. The hope for the long run is that there will be more and more pressure from players and fans to compensate these athletes whose skills, talents and work make college sports so profitable.