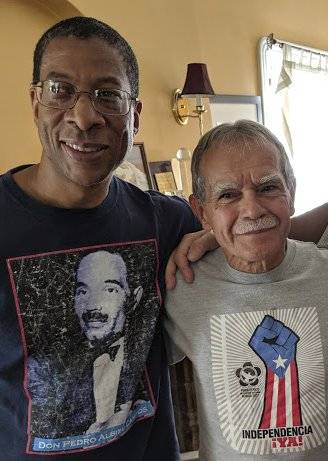 The Peace and Freedom Party of California held a press conference at the state Capitol Building in Sacramento on Feb. 15 to announce its slate of candidates for the 2018 elections. The gubernatorial nominee, Gloria La Riva, PFP nominee for state insurance commissioner, Nathalie Hrizi, and PFP nominee for secretary of state, C.T. Weber, were there and gave their statements.

“John Parker, a national leader of Workers World Party, is the Peace and Freedom Party candidate for U.S. Senate. He is well-known in Los Angeles, where he resides, as a longtime fighter against white supremacy, police terror and for immigrant and worker rights.

“Parker has traveled worldwide and written extensively as an anti-war and anti-imperialist activist, often representing the International Action Center. His international experience is critical at a time when Trump’s trigger finger is itching to go nuclear against North Korea and also threatening military intervention in Venezuela, all the while escalating the war in Syria.

“Parker campaigns to end capitalism and fight for ­socialism, declaring that Trump’s deportations, police terror, giveaways to corporations, white supremacy, misogyny, programs to deepen poverty, and his extreme militarism are part of capitalism, inspired by the previous administration’s record deportations and wars. Your vote for John Parker for U.S. Senate will help to build a movement for revolutionary change.”

Statements of the candidates can be found at peaceandfreedom.org.

California is one of only three states with “top two primaries.” Passed as Proposition 14 in 2010, it mandates that only the top two vote-getters in the primaries advance to the final state general election. In effect, this essentially locks out third-party candidates from the general elections.