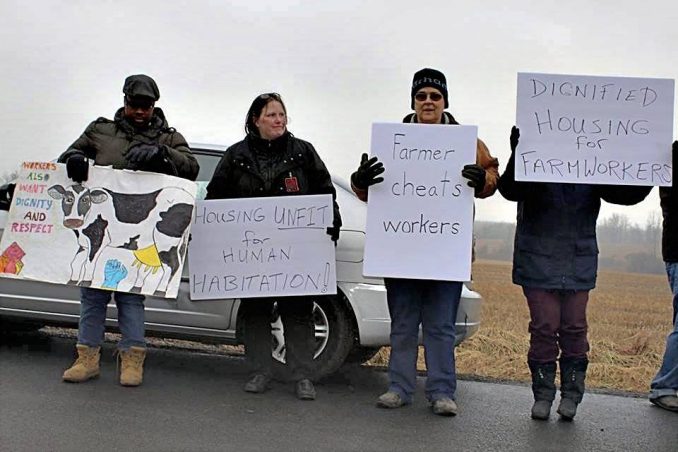 Syracuse, N.Y. — Two families who worked and lived at Melrose Farm in Owasco were suddenly homeless when state building code inspectors condemned their employer-provided housing as dangerous and uninhabitable on Feb. 10. Their eviction left four parents and five children scrambling for shelter.

The Workers’ Center of Central New York held a “Rally for Dignified Living and Working Conditions” outside the farm the next morning to highlight the horrific and frequently unsafe housing conditions of farmworkers.

This employer had received many warnings from code enforcement people and many requests from workers to repair the housing. This boss had also told workers to stop meeting with English-as-a-second-language teachers, who supported them in the housing struggle. The workers are being paid subminimum wages.

The employer’s actions violate opinions issued by the New York state attorney general’s office that farmworkers are permitted to have visitors as they choose. Local farmers have been known to call both local and state police to threaten visitors who met with farmworkers to share information about their rights.

The WCCNY mobilized its network and connected the evicted families to emergency housing and financial assistance provided by the nearby Auburn community.