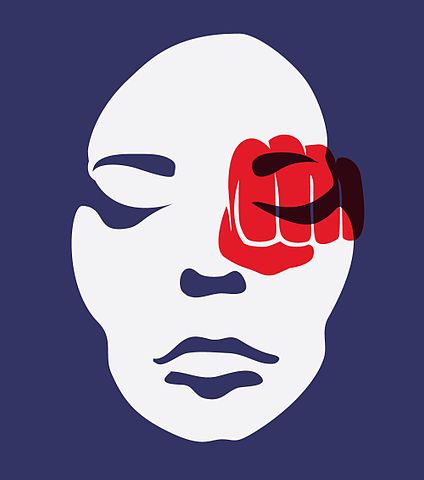 Two wife-beaters with important positions in the White House — Rob Porter and David Sorensen — were forced to resign the week of Feb. 5 due to the social sea change led by the #MeToo Movement and Time’s Up. While the misogynist in chief immediately cried crocodile tears over Porter’s departure, days later he dismissively claimed he opposes domestic violence.

Trump has a long public history of sexually assaulting and disrespecting women. That started in 1992 with his first spouse’s accusation of rape, which surfaced during divorce proceedings. Then there’s the demeaning “Access Hollywood” tape that exposed his con-man boasting about groping women’s genitals without permission. After that, more than a dozen women publicly stated that he had sexually molested, assaulted and harassed them.

Trump’s ho-hum comment about opposing domestic violence, however, does not make up for the fact that, while he took office a year ago, he has not nominated a director to the Department of Justice’s Office on Violence Against Women nor a White House adviser on violence against women nor a State Department ambassador at large for global women’s issues.

To make matters worse, in this year’s first budget proposal, 25 OVAW grants — which the previous administration had initiated to research ways to prevent violence against women — were slated to be dropped. But that was swiftly changed in the White House budget released Feb. 14: The OVAW’s $450 million budget was fully funded, with even a 1 percent increase.

That raises the question: Will the 2013 reauthorization of the 1996 Violence Against Women Act, which extended the act to increase protections for LGBTQ survivors as well as Native women, remain after Trump nominates a “fox-guarding-the-hen-house” OVAW director? That’s highly unlikely given the reactionary administration’s recent regulation allowing health professionals, government authorities and business owners to discriminate against women and LGBTQ people by claiming so-called “religious or moral beliefs.”

The National Domestic Violence Hotline’s latest data show that on average 24 people per minute are victims of rape, physical violence or stalking by an intimate partner in the U.S. That’s more than 12 million women and men a year. Nearly 3 in 10 women (29 percent of the population) and 1 in 10 men (10 percent) have experienced physical violence and/or stalking by a partner and report a corresponding negative impact on their functioning.

The National Intimate Partner Sexual Violence Survey of 2010 reports that Black and Native women suffer higher rates of rape than white women, while Latinx women have higher rates of violence other than rape. Every day three women are killed by male intimate partners in the U.S. Half of all women murdered in this country are killed by men they know intimately.

Though the Lautenberg Amendment to the VAWA was passed in 1997 to prohibit a married partner with a domestic violence conviction or a final restraining order from purchasing or possessing guns, social relations have changed so drastically in 20 years that now friends, relatives, former partners and stalkers must be included if they have a domestic violence misdemeanor charge or a preliminary restraining order.

Though the murder of 17 people with a semiautomatic rifle at the Marjorie Stoneman Douglas High School in Parkland, Fla., on Feb. 15 was not directly related to domestic violence, it’s revealing that the shooter reportedly had complicated health problems and difficult family issues.

That a young man with such serious problems did not get the help he needed from myriad community resources available shows how the very fabric of U.S. capitalist society is badly frayed. That the young man who posted on social media that he wanted to be “a professional school shooter” was not monitored by agencies allegedly charged with maintaining “public safety” is just another sign that U.S. capitalism is at a dead end.

Trump does the ruling class’s bidding by cutting the “social safety net” for working and oppressed people. Is it any surprise that domestic violence is increasing, as is its link to mass murder?

A follow-up article will take up the issue of why women subjected to ­domestic violence don’t trust law ­enforcement.