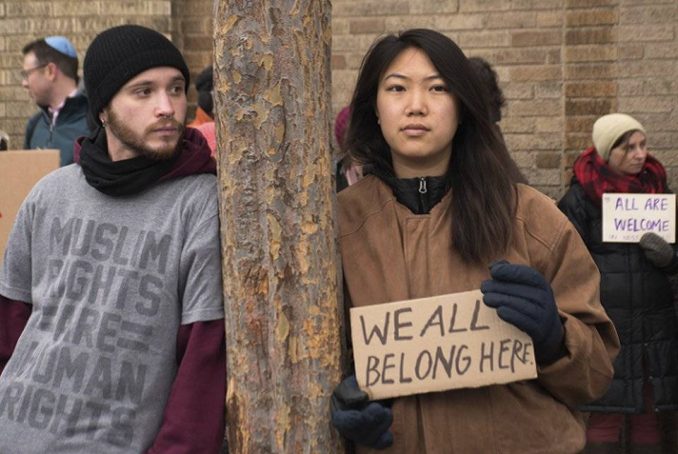 A social justice-focused synagogue named Kol Tzedek — a Voice for Justice — and the West Philly Coalition Against Islamophobia organized a gathering outside the Masjid Al-Jamia mosque on Feb. 9 to show support for their Muslim neighbors and stand in solidarity with them. The noontime rally was held a week after a group of right-wing thugs threatened and harassed people entering their mosque for Friday prayers.