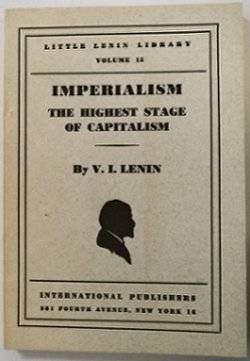 The following is abridged from a class on Marxism given by WWP founder Sam Marcy in 1993 after the fall of the Soviet Union. For the full text, see tinyurl.com/y82jc2o4.

Why do we need to go over Marxism? Why can’t we just assign comrades to read this and that and then go on to the business of the war in Nicaragua, or what’s going on in the imperialist attacks on the DPRK, or what’s happening with the Palestinians?

We have to have a basic evaluation of what is going on. An examination of our ideological weapons.

The bourgeoisie regard their system as eternal, not subject to fundamental change. This differs radically from Marxism, which teaches us that capitalism is a transitory social formation. Like feudalism and slavery, it will have to give way to a higher form of society.

The bourgeoisie cannot give an objective assessment of the real trends in capitalist society. Everything they do is calculated to serve self-interest of the most venomous type, which goes along with imperialist brigandage all over the globe.

Our purpose in reviewing Marxism is to prepare us for the storms and stresses of the next period.

In this short session we will look at the latest phase of capitalism, which Lenin called imperialism.

There are at least five characteristics of imperialism that Lenin thought important in characterizing this stage of capitalism. And they are still true some 77 years later.

He first of all mentioned the concentration of production, of capital, the development of competition into monopoly. What is the interplay between monopoly and competition? One doesn’t replace the other. They both exist. How is it different today from Lenin’s period?

The bourgeoisie is always discussing competition and monopoly. There are thousands of cases in the courts that deal with monopoly and competition from the point of view of their problems. On the one hand, they want to restrain monopoly, yet they also want to strengthen it.

Lenin tells us about the merging of bank capital with industrial capital and the creation of finance capital.

Then there is the export of capital which has become extremely important as distinguished from the export of commodities. The U.S. exports not just commodities but loans all over the world. Lenin also writes about the formation of international capitalist monopolies which share the world among themselves.

But it’s not a stable agreement. They establish arbitrators and courts of arbitration to issue awards, but they don’t keep the agreements, basically because they are thieves and pirates. It’s utopian to expect them to have gentlemen’s agreements among themselves, especially when billions of dollars are at stake.

Redivision of the world

According to Lenin, the world was already shared out among the great capitalist powers when he wrote “Imperialism” in 1916. The wars since have invalidated a lot of this. Some imperialist countries have become stronger and others weaker. Japan has become stronger. Britain, Holland, Belgium, and others have become weaker. What has taken their place, of course, is U.S. imperialism. It attempts to take over everything that is not nailed down.

A fundamental feature of imperialism is also the fusion of the capitalist state with the banks and industry. The industrialists carry on a struggle to maintain some form of independence among themselves as against the finance capitalists, but this independence is overturned and giant financial and industrial corporations get fused. This doesn’t solve the contradiction, but brings it within a certain area of agreement.

Henry Ford and his empire existed for a considerable period as a family unit. No banks, no insurance companies owned the Ford company. It all belonged to one family.

What was the real problem? He didn’t want his industrial empire to succumb to finance capital. He wanted it to stay in the family.

From the Leninist conception of imperialism, this meant that Ford, as an industrialist, was attempting to ward off the fusion of finance capital with his industrial empire. In the end he and his son capitulated. They made it a stockholding company where everybody could buy the stock. The Wall Street firms that sell and float stocks, that lend and borrow money, made it like any other corporation — General Motors, Chrysler, IBM and so on.

It’s not possible to be an independent entity in the imperialist epoch. Least of all, you can’t keep the banks out unless you want to lose money. Ultimately, Ford capitulated to the financiers because he would have lost the competitive edge if he tried to stay independent.

It’s important for us to understand the inner workings, the mechanism of the relationship between imperialist industry and imperialist finance — the fusion of the capitalist state with industry and finance

Fusion of finance capital and the state

The capitalist state as we know it has three arms — the executive, the legislative and the judicial. The legislative is the most popular and has the power of the purse.

The ruling class has always been fearful of a popularly elected body, especially after the passage of the Civil Rights Act.

But if you hand the members of Congress the budget of the United States, you’ll pretty soon see that your congressperson may not know much.

The ruling class has established a stratum of extra-governmental, extra-state personnel who make up an unofficial political arm of the capitalist state. They are called lobbyists. They are a power over and above the elected representatives.

If you need an interpretation [of a bill], the lobbyist has it. If you ask which congressperson voted for what, they’ll tell you that, too. And furthermore, they work day and night and are omnipresent in Washington, in some of the most fashionable and richest houses.

Lobbying has erected a governmental apparatus over and above the Congress that has grown stronger and stronger in the epoch of imperialism. It’s an extra-legal apparatus to circumvent the legislative process as outlined in the Constitution.

For that reason, Leninists have always regarded suffrage and popular elections as merely a method of mobilizing the masses, of trying to educate the masses. But not really of accomplishing anything.