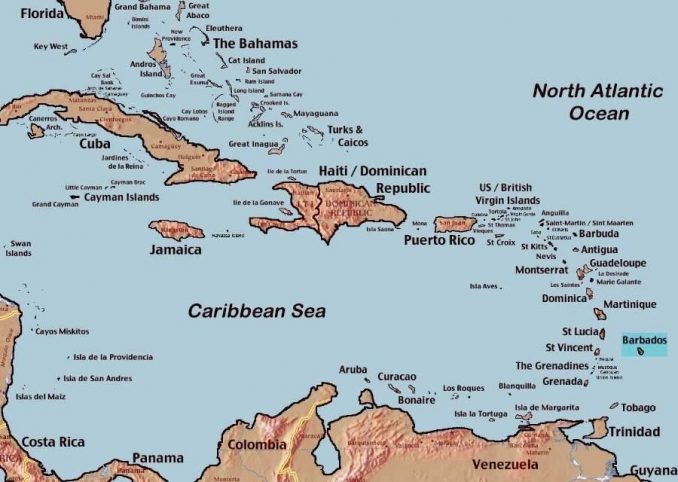 The following declaration was authored by Pan-Africanist and Socialist popular forces of the Caribbean nation of Barbados on Jan. 13 and submitted to the people and civil society organizations of the Caribbean for their endorsement and adoption. It was endorsed and supported by 200 organizations and individuals. See full list at tinyurl.com/yd7ubgqw.

U.S. President Donald Trump has been declared “persona non grata” in the Caribbean

We, the undersigned representatives of the sovereign people of the Caribbean, hereby declare that President Donald Trump of the United States of America is “Persona Non Grata” in our Caribbean region!

We further declare that as a “Persona Non Grata” President Donald Trump is NOT welcome in any territory of the Caribbean, and we hereby confirm that we — the Caribbean people — will petition our Governments, vehemently protest against any Trump visit, and engage in popular demonstrations designed to prevent President Donald Trump’s entry into any portion of the sovereign territory of our Caribbean region.

As sons and daughters of the Caribbean, we hereby affirm that the continent of Africa is the revered Motherland of a sizable majority of our people and that the Republic of Haiti — the seminal architect of the destruction of the system of chattel slavery that held our ancestors in bondage — is the foundational cornerstone of our Caribbean Civilization, and we therefore consider that any insult or attack that is directed at the African continent or at the Republic of Haiti is intrinsically an insult and attack that is directed at us as well.

We further affirm that we Caribbean people — in light of our history of experiencing, resisting and surviving the most horrendous forms of enslavement and colonialism — consciously regard ourselves as champions and defenders of the dignity and fundamental human rights of all Black or African people, and that we are guided by an overarching and non-negotiable principle of zero tolerance of any manifestation of anti-Black or anti-African racism or discrimination.

It is against this background that we, the people of the Caribbean, have determined that by describing the nations of Africa, the Republic of Haiti and the Central American nation of El Salvador as “shithole” countries, U.S. President Donald Trump has committed a despicable and unpardonable act of anti-Black, anti-African, anti-Brown racism that has served to further energize and fortify the vile White supremacy system that the said President Trump has self-consciously sought to champion and lead.

We — the sovereign people of the Caribbean — hereby declare to the entire world that we vehemently and unreservedly denounce President Donald Trump and the evil and inhuman White supremacy value system that he represents!