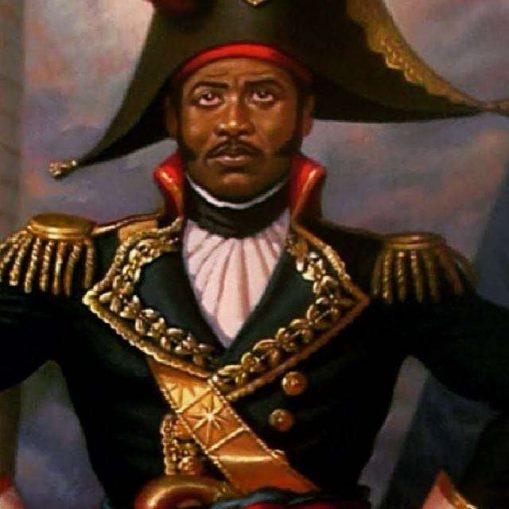 The wealth produced by enslaved Africans in Haiti, Guadeloupe and Martinique made French capitalists rich. Even before the 1789 bourgeois revolution, France had 3,000 miles of canals and the beginnings of industry.

The richest man in the United States from before 1810 to his death in 1831 was the Philadelphia shipowner and banker Stephen Girard. He made his wealth off the slave trade and by ripping off Asian countries while exploiting sailors mercilessly.

Girard was the biggest shareholder in the Bank of the United States. After that bank’s charter expired, the miser launched the Girard Bank on May 12, 1812, with a capital of $1.2 million. The year before, the entire U.S. federal budget had been just $8 million. (Allen Schick, “The Federal Budget: Politics, Policy, Process”)

Key to Girard’s rapid accumulation of loot was sending out two ships that were supposed to rescue slavemasters in Haiti. These tyrants had been defeated by the only successful slave revolution in history.

Instead of saving their worthless lives by getting on Girard’s ships, these slavers were so greedy that they sent their gold plate and other valuables instead. Black Panther Party leader Dr. Huey P. Newton would have called them “avaricious.”

Their delay in getting out of Haiti allowed the liberator Jean-Jacques Dessalines and the Haitian people to administer justice to these monsters. They never got to enjoy their luxuries or torture Africans again.

Girard used the estimated $50,000 worth of valuables — equivalent to many millions today — to build ships that made big profits off Chinese tea and silks. He became one of the biggest Philadelphia landlords and subscribed $200,000 toward one of the first Pennsylvania railroads, the Danville and Pottsville.

Karl Marx would have described Stephen Girard’s continual reinvestment of profits as “the process of capitalist ­accumulation.”

Irish miners dug this coal, and 21 Irish miners — the “Molly Maguires” — were framed and executed for organizing a union. (Now Pennsylvania’s capitalist masters have jailed the MOVE 9 political prisoners for 38 years and are denying the innocent Mumia Abu-Jamal necessary medical care after trying to execute him.)

By 1983, when it was gobbled up by the Mellon Bank — named after the billionaire family that controlled Alcoa, Gulf Oil and the city of Pittsburgh — the Girard Bank had 145 branches. (NY Times, Aug. 3, 1982) By 2016, its successor octopus, Bank of New York Mellon, had assets under management of $1.72 trillion.

Like other rich scoundrels, Girard was hailed as a great philanthropist after he died in 1831. The skinflint’s will endowed an orphanage — Girard College.

Located on a 43-acre site in Philadelphia, this institution is today a boarding school for students from first to twelfth grades. Girard’s will called for only “poor white male orphans” to be admitted. This whites-only policy lasted for more than a century even through Girard College was located in the Black community of West Philadelphia.

In 1966 Philadelphia NAACP leader Cecil B. Moore led a march of 1,800 people on Girard College’s 10-foot high walls to protest this apartheid. Student Nonviolent Coordinating Committee executive secretary John Wilson called for Black people to “build a power base with which to take that school.”

Also present was singer Billy Paul, whose later hit “Me and Mrs. Jones” topped the charts in 1972. Paul called for African Americans to “fight together.” (NY Times, Oct. 9, 1966)

Because of this struggle the U.S. Supreme Court was forced to break Stephen Girard’s racist will. Girard College had to begin admitting Black students in 1968.

The riches produced by enslaved Africans working the sugar plantation death camps of Haiti and other Caribbean colonies jump-started the industrial revolution. The historian Eric Williams, who was the first prime minister of Trinidad and Tobago, proved this in his 1944 book, “Capitalism and Slavery.”

Haiti’s stolen wealth lives on today as capital in the hands of bankers and billionaires from Wall Street to the Parisian Bourse to the City of London. Meanwhile, Haiti was actually forced to pay reparations to French slavemasters. The interest Haiti had to pay to banks from 1863 to 1947, on loans taken to pay these reparations, amounts to $20 billion U.S. today.

Stephen Girard’s ships filled with gold weren’t the only example of U.S. bankers ripping off Haiti. U.S. Marines marched into the National Bank of Haiti in 1914 and stole $500,000. This loot was turned over to the National City Bank, now Citibank with assets of $1.8 trillion.

Following the Marines’ bank heist, they stayed on in a brutal occupation of Haiti that lasted until 1934. Haitian leader Charlemagne Pėralte, who resisted this invasion, was assassinated by a U.S. Marine Corps officer who was given the Medal of Honor for this crime.

NAACP leader James Weldon Johnson — who wrote the lyrics to the Black anthem “Lift Every Voice and Sing”— declared that U.S. Marine Corps raids to round up Haitians to do unpaid road building “most closely resembled the African slave raids of past centuries.” (Scott Nearing and Joseph Freeman, “Dollar Diplomacy”)

Now Trump has canceled Temporary Protective Status for Haitian and Salvadoran immigrants in the U.S. and is threatening to deport them. A massive struggle that includes the labor movement is needed to stop these deportations and to protect all immigrants. Part of this struggle is to demand reparations for Haiti.

We look forward to people freeing the MOVE 9 and Mumia Abu-Jamal, and celebrating by renaming Philadelphia’s Girard Avenue, with its No. 15 streetcar line, Jean-Jacques Dessalines Avenue.

The main source for this article  was “History of the Great American Fortunes” by Gustavus Myers.