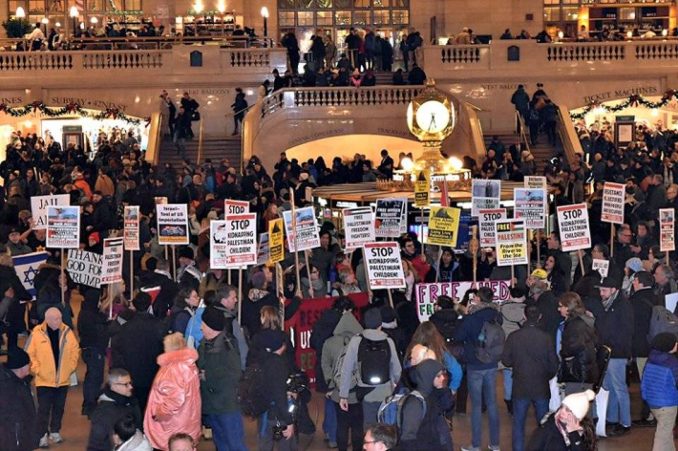 An emergency response rally of over 150 people demanded freedom for the 16-year-old Palestinian woman Ahed Tamimi in New York City’s Grand Central Station on Jan. 5. Organized by Samidoun Palestinian Prisoner Solidarity Network and CODEPINK: Women for Peace, it was attended and support by many organizations that fight for the freedom of Palestine, including Workers World Party.

Following a raid on her home in Palestine, Tamimi was arrested on the morning of Dec. 19 by Israeli occupation soldiers.  She is a Palestinian freedom fighter from a family with a history of defying the Israeli occupation.

At the rally, signs read “Free Ahed Tamimi and All Political Prisoners” and “Stop Kidnapping Palestinian Children.”  A banner read “Free Ahed. Free Palestine.” The rally continued strong for hours as speakers addressed the issues regarding oppression of Palestinians.