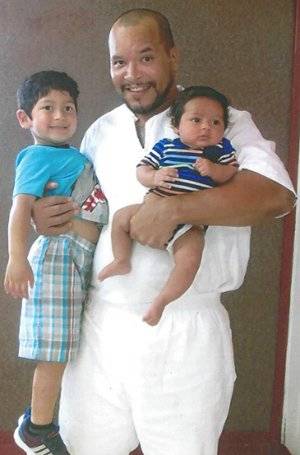 “A stupid prisoner is a good prisoner.” This belief has been put into practice in a Texas prison, the Ramsey Unit, which was built over 100 years ago on what had been five slave plantations. Warden Virgil McMullen’s victims are prisoners who go to college, do peer tutoring, assist others in getting their high-school GED diploma, help prisoners prepare their parole packets and inspire prisoners to learn how to never go back to prison.

The targeted prisoners are Nanon Williams and Donshá Crump. Both are Muslims and both are working on their degrees through the University of Houston. Williams is pursuing a master’s in sociology and one in literature, while Crump is working on a bachelor’s in behavioral science.

After Hurricane Harvey in August, Workers World visited and interviewed Williams after his unit was evacuated to another prison. He told of 800 men sleeping on a gym floor with rats, roaches, mosquitoes and snakes. This reporter copied a photo of the gym taken from the prison system’s own web page which ended up being published. Now Warden McMullen says that Williams took the photo with an illegal cell phone and sent photos to the media.

Williams and Crump have been accused of heading the prison’s criminal activity. But until 2018, Williams hasn’t had any serious disciplinary cases. And Crump hasn’t had even one disciplinary case in the 23 years he’s been in prison. Since returning to the Ramsey Unit after the hurricane, Williams says his cell “has been torn apart numerous times,” which is what guards do when allegedly looking for contraband.

On Dec. 16, Williams and Crump were put into solitary with no clothes, no mattress on the steel bunk, no light, no toilet tissue, no heat and, for the first few days, no water. It was extremely cold, and after they were finally allowed to shower on a Sunday, they were told that on Sundays no towels or clothes are given out! When neither was charged after 13 days, Williams filed a grievance and they were released from solitary.

After spending almost two weeks, including Christmas, in cells with no light and two steel doors, both men told WW to “remember that we are not suicidal, we are not criminals, we do not do anything illegal. The warden hates educated prisoners, so that is our crime — educating men on how to improve their lives, write parole packets and get GEDs so they do not ever return to prison.”

When Williams was taken to solitary on Dec. 16, one of the guards stated he had a whole list of Muslim prisoners to take to solitary. “They all had attended Islamic services. Anyone who is a Muslim or attends Islamic services and wears a beard or a kufi [cap] has been punished,” Williams said. “The warden won’t tolerate Muslims, beards or kufis. He also won’t tolerate grievance writers. The whole week in mid-December, Muslims had their decent jobs in the kitchen or in the factory taken away, and they were put in the fields and reassigned to a higher security area.” The U.S. Supreme Court has ruled that Muslim prisoners can have facial hair and wear caps called kufis.

Williams wrote: “I am feeling threatened. There [was] another prisoner in front of our cells on Dec. 20 asking us a lot of questions. He isn’t a prisoner working in the solitary area, but he was walking around trying to talk with Donshá and I. We refused to talk with him. A sergeant finally searched him and found he was wearing a wire, a recording device. That prisoner is now above us in solitary in protective custody.”

On Jan. 3, Williams was rearrested and sent to solitary again, this time with another phony charge. When Williams’ attorney saw him on Jan. 4, she reported that he was in a cell with no heat and no bedding and had not been able to sleep due to constant shivering. Texas, like much of the U.S., has experienced unusually cold weather this winter.

Activists are now beginning a campaign to support both Williams and Crump and are meeting with legislators, attorneys and activists. Muslim leaders in Houston are concerned, and will participate in a press conference to alert the media about the harass­ment, the retaliation for talking about the flood conditions, the false charge Williams is now facing and about civil rights lawyers getting involved.

To help, please call Texas Sen. John Whitmire, head of the Senate Criminal Justice Committee, at 512-463-0115 and demand that he investigate the harassment, freezing cold cells and phony charges.