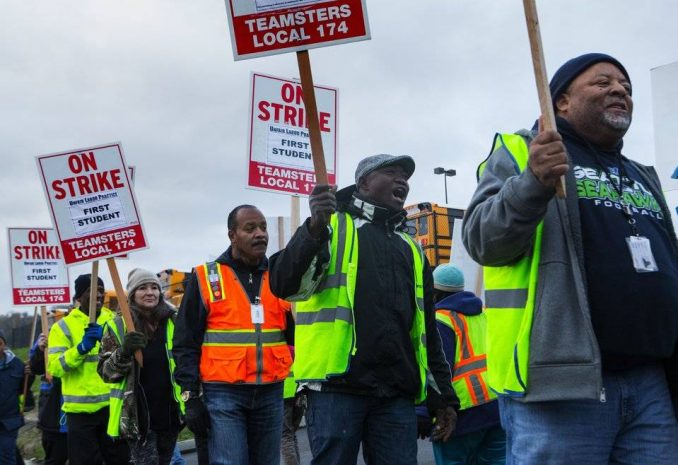 Four hundred school bus drivers held a one-day strike Nov. 29 against First Student, the big national contractor. The strike shut down all school bus transportation in the Seattle school district, which has almost 50,000 students. Teamsters Local 174 announced the strike a day early to give families notice that they would need to find other means of transportation.

The unfair labor practice strike was called after First Student unilaterally cut back its medical plan for the workers. A driver on the picket line described not having access to the health care plan despite the fact that she has cancer. The workers are also striking against a woefully inadequate retirement plan.

A big turnout of multinational drivers was on picket lines at both First Student bus lots. Another strike could be called at any time if a fair agreement is not reached. And “it will not just last one day,” asserted Local 174 President Rick Hicks.