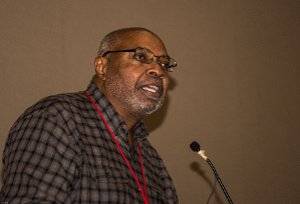 This year represents the centenary of the Bolshevik Revolution in Russia — a monumental, cataclysmic, socially transformative occurrence which served as a political model for all peoples seeking to liberate themselves from capitalism and imperialism.

As a group principally concerned with building a revolutionary political party of the working class and the nationally oppressed, we need to study V.I. Lenin’s ideological and organizational contributions.

It is necessary to adopt a dialectical materialist approach to the struggle against exploitation and oppression and imperative to understand the nature of our enemy.

Ultimately, the destruction of the world capitalist system is a prerequisite to the genuine emancipation of humanity. Socialism leading to a communist society provides the only hope for the realization of world peace, security and sustainability.

Nonetheless, the freedom of the proletariat and oppressed nations will not be achieved spontaneously. Perhaps the Bolshevik Party’s most profound lesson is its emphasis on scientific organization based upon the principles of democratic centralism.

These axioms are as relevant today as they were in 1903 when Lenin published his groundbreaking work, “What Is to Be Done?” In that period,  industrial capitalism was rapidly consolidating its exploitative productive processes. The emergence of the assembly line, mechanized agriculture, the rapacious mining of strategic minerals, oil drilling, international trade and shipping — along with the consolidation of finance and banking as the dominant economic force within global capitalism — shaped the character of the system we struggle against today. During World War I, Lenin defined global capitalism in his pioneering book, “Imperialism: The Highest Stage of Capitalism.”

Leninism: A guide to building a revolutionary movement

In “What Is to Be Done?” Lenin told the socialist movement: “We shall never rid ourselves of this narrowness of our organizational activity until we rid ourselves of Economism (the narrow conception of Marxist theory and the role of Social-Democracy).  These attempts manifested themselves in a twofold direction.” Some said that the working masses have not “advanced the broad and militant political tasks which the revolutionaries are attempting to ‘impose’ on them; that they must … struggle for immediate political demands, to conduct ‘the economic struggle’ against the employers and the government. … Others … said that it is possible and necessary to ‘bring about a political revolution,’ but that this does not require building a strong organization of revolutionaries to train the proletariat in steadfast and stubborn struggle … [meaning] that we must organize a general strike, or … stimulate the … working-class movement by means of ‘excitative terror.’ [Of] both these trends, the opportunists and the revolutionists … neither understands our primary and imperative practical task to establish an organization of revolutionaries capable of lending energy, stability, and continuity to the political struggle.”

As revolutionaries we have no other choice than to respond to capitalism’s continuing crises. Detroit was the birthplace of advanced industrial capitalism — so the city provides tremendous insights into the transformation of the exploitative system over the last decade and a half.

MECAWI’s slogan has been “Money for our cities, not for war.” This captures the direct link between the Pentagon budget and the burgeoning impoverishment of U.S. urban areas. MECAWI’s program has always been  clearly anti-imperialist, as distinct from being anti-interventionist. Our struggle against imperialism is informed by our unconditional support for the right of self-determination and national liberation of all oppressed peoples.

One of MECAWI’s greatest achievements has been the founding of the annual Dr. Martin Luther King Jr. Day march and rally. We set out to reclaim Dr. King’s social justice and anti-war legacy, and rejected the false and distorted history of the Civil Rights Movement. We emphasized that movement’s progressive contributions to the struggles against racism and economic exploitation by emphasizing its merger with the struggle for Black Power, Black Liberation and solidarity with national liberation movements. January 15, 2018 will mark our 15th commemoration of Martin Luther King Day in Detroit.

This manifestation resulted in an effective alliance with principled veterans of the Civil Rights and Black Power movements of the 1960s and 1970s. Moreover, subsequent generations of activists from the youth, labor, community and left sectors join together yearly to celebrate the gains of the struggle. They are inspired by the possibilities of future advances.

The Moratorium Now Coalition to Stop Foreclosures, Evictions and Utility Shut-offs grew out of MECAWI’s work. It is not enough for revolutionaries to focus only on anti-imperialist work.  Detroit’s population is  82 percent African American.  It has been systematically impacted by the ravages of national oppression and super-exploitation, and constitutes an integral demographic within the oppressed African nation in the U.S. empire.

Detroit changed from being a center of African-American working-class politics, social activity and national culture into being a city that illustrates capitalism’s decline. It requires a Leninist party to consistently intervene in the mass struggle.

This is why we have organized around the housing crisis for more than a decade. We demanded a moratorium on all foreclosures and evictions, and say housing is a fundamental human right of working people. We reject the notion that only certain people deserve quality housing, education, water and utility services, and environmental sustainability. All oppressed people must be free from the tyranny of the racist capitalist state and police terrorism.

Our work on housing led us to defend municipal retirees from the pseudo-legalized theft of pension and health care benefits, privatization of public resources and erosion of bourgeois democratic rights. These rights — gained through decades of civil rights and labor campaigns — are the property of the working class and the oppressed. Bourgeois democratic rights are being reversed as a byproduct of capitalism’s crises.

The war machine and the financial institutions’ criminal policies are two sides of the same vicious system designed to disempower the masses and further the ruling class’s profit-making capacity. Here, we must interject revolutionary class politics into the mass struggle. Our work in this area has clarified a principled approach to a popular movement, as contrasted with an opportunistic one, as Lenin outlined in “What Is to Be Done?”

An essential section of Lenin’s work on imperialism, which we studied in the Detroit branch’s Marxism classes, provides valuable insights into the character of exploitation on a grand scale. Lenin gives examples of the increasing concentration of industrial ownership and the eventual domination of manufacturing, real estate and global trade by banking firms. Today this phenomenon has become more pronounced and evident. Consequently, we must focus on finance capital to fight this exploitative system.

‘The State and Revolution’

Lenin’s important contribution, “The State and Revolution,” written just before the Bolsheviks’ seizure of power in 1917, discusses the political imperatives of state control by the proletariat. The capitalist state serves the interests of the monopolies and financial institutions. A revolutionary organization and movement must take control of the state apparatus to build a socialist society, paving the way toward communism.

“[I]t is compatible with the extension of democracy to such an overwhelming majority of the population that the need for a special machine of suppression will begin to disappear. …  [T]he people can suppress the exploiters even with a very simple ‘machine,’ almost without a ‘machine,’ without a special apparatus, by the simple organization of the armed people (such as the Soviets of Workers’ and Soldiers’ Deputies).”

We must build a revolutionary organization of the workers and the oppressed to suppress the capitalists and imperialists. The Marxist-Leninist party, guided by scientific analysis of the conditions facing the exploited and oppressed, tutored in its experience of propagandistic and programmatic work deriving from the needs and aspirations of the proletariat, farmers and youth, is the only hope for the transformation of human society.

After the Bolsheviks seized power in October 1917, amid the protracted armed struggle to defeat the counterrevolutionaries — a coalition of imperialist countries, monarchists, “socialist-revolutionaries” and Russian capitalists — Lenin reflected on the need to maintain the revolutionary party’s objectives. Even under the weight of threatening reversals of the socialist revolution’s gains, Lenin maintained his view of what is necessary to eradicate all forms of exploitation and oppression.

In Lenin’s lecture on “The State,” delivered on July 11, 1919, at Sverdlov University, he observed: “Whatever guise a republic may assume, however democratic it may be, if it is a bourgeois republic, if it retains private ownership of the land and factories, and if private capital keeps the whole of society in wage-slavery … then this state is a machine for the suppression of some people by others.

“And we shall place this machine in the hands of the class that is to overthrow the power of capital. We shall reject [views of] the state meaning universal equality — for that is a fraud: as long as there is exploitation there cannot be equality. The landowner cannot be the equal of the worker, or the hungry [person] the equal of the full [person]. This machine called the state, before which people bowed in superstitious awe, believing the old tales that it means popular rule, tales which the proletariat declares to be a bourgeois lie — this machine the proletariat will smash. So far we have deprived the capitalists of this machine and have taken it over. We shall use this machine, or bludgeon, to destroy all exploitation.