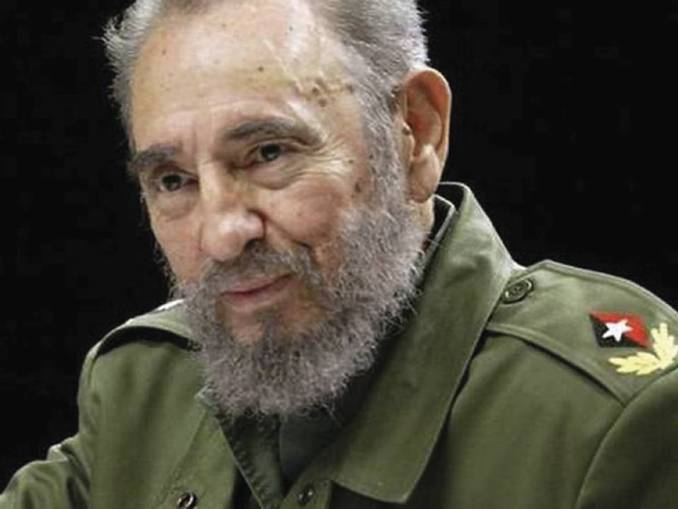 Donetsk: On Nov. 25, an evening of memory for Fidel Castro was held in the capital of the Donetsk People’s Republic, under the slogan #YoSoyFidel (I Am Fidel). The event was organized by the Donbass-Cuba Friendship Society. The memorial brought together different kinds of people — supporters of leftist and anti-fascist ideas, students and schoolchildren, workers, journalists — all united in their interest in the history of Cuba and Latin America, as well as respect for the personality of Fidel Castro, who inspired thousands of people to fight injustice.

Svetlana Licht, a member of the Friendship Society, not only prepared a report about the personality of the leader of the Cuban Revolution, but also made Russian subtitles for an interesting video about the life of the Comandante and the #YoSoyFidel campaign. We learned a lot of new things, saw how he appeared in the eyes of ordinary Cubans, how he interacted with people and how it changed their lives. Many participants gratefully recalled the assistance provided by Cuba to the Ukrainian children who suffered from the Chernobyl disaster.

After taking pictures with Cuban flags, we continued to talk about Fidel, Cuba and the whole situation in Latin America. Despite the fact that the occasion was sad, the atmosphere at the meeting was warm and at ease.

Moscow: November 25 is a sad date. It’s exactly one year since the great son of the Cuban people passed away, perhaps the last of the giants the 20th century gave mankind. A person who, in his lifetime, became a legend — Fidel Castro.On a frosty November evening, in a small room of the Workers’ University, hung the state flag of Cuba and the flag of the 26th of July Movement. A heavy minute of silence was observed, and we watched a solemn and sad video of the changing of the guard at the Comandante’s tomb.

The evening’s program was very rich: a fiery speech by the secretary of the Embassy of the Republic of Cuba to the Russian Federation, Oscar Redondo; speeches by social scientists (A.V. Kharlamenko, A. Lepeshkin) about the high moral and humanistic level to which the revolutionary movement rose thanks to Fidel; the development of the revolutionary process in Cuba today; the life of the working people of the Liberated Island and the place Fidel occupies in it in the memories of E. Letova; the revolutionary songs performed by D. Chernov; and poems from the heart read by L. Rebrova.

The initiators and organizers of the meeting were the New Communist Movement, the I.B. Khlebnikov Workers’ University and Red TV. Representatives of various left parties, Moscow students, musicians, a large number of foreign guests from different countries of Latin America, all gathered — with a burning desire to pay tribute to Fidel, reaffirm the ideals that he embodied and express readiness to move along the trail he blazed.

As one of the guests wrote in the memorial book: “Fidel did not die, he dissolved into humanity.”