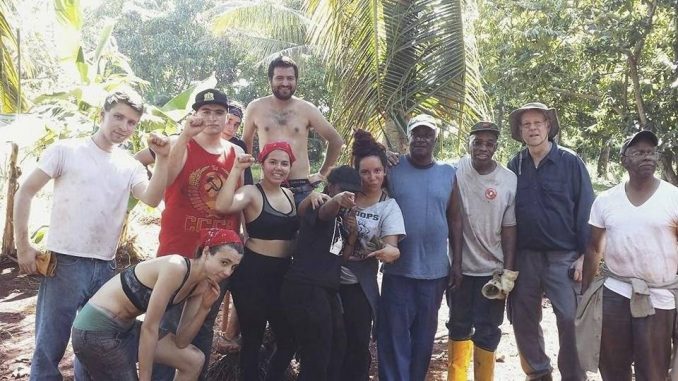 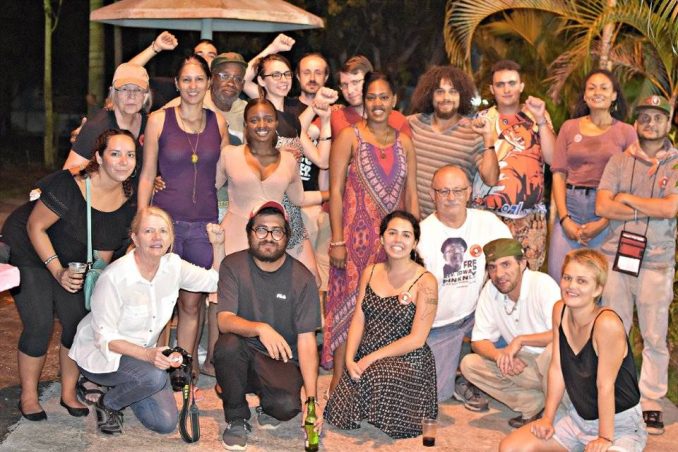 Members of WWP delegation to Cuba.

In defiance of the Trump administration’s “travel advisory,” a group of 19 Workers World Party comrades from around the U.S. embarked Oct. 1-15 on a two-week journey to our socialist neighbor, Cuba. Some of us had been there before, but many hadn’t. We went as part of an international brigade sponsored by ICAP, the Cuban Institute for Friendship with the Peoples, which promotes international solidarity.

“In the Footsteps of Che International Brigade” commemorated the 50-year anniversary of Che Guevara’s death in Bolivia. In addition to our party’s delegation, it included dozens of representatives from other political tendencies in the U.S. and people from 25 countries in the Americas, Africa and Europe. The 226 guests, all there in solidarity with Cuba, were the recipients of the Cuban people’s gracious hospitality. What follows is a brief rundown of the first week of experiences “in the footsteps of Che.”

Comrades arrived sleepless and bleary-eyed at the Julio Antonio Mella International Camp (CIJAM), an ICAP-run camp outside Havana that hosts solidarity brigades. After we were greeted by murals of revolutionary heroes Che Guevara, Fidel Castro and Camilo Cienfuegos, we ate a cafeteria-style dinner of rice and meat. After socializing with comrades from other parts of the U.S. in the cool night air on the main plaza, everyone got a good night’s sleep in communal camp-style bunk beds. 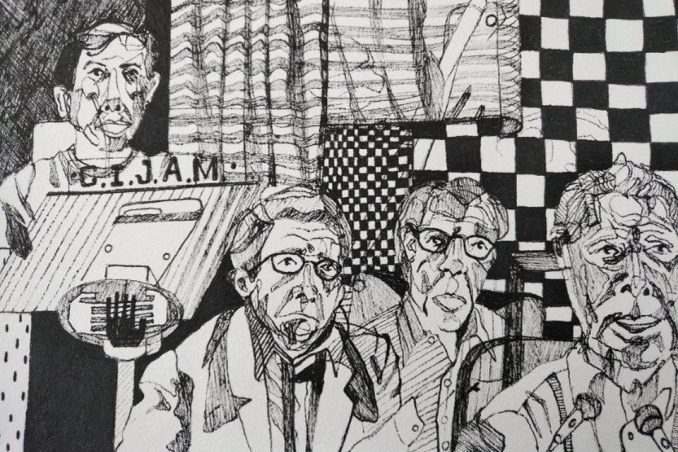 Comrades heard from a panel of people who knew Che personally and politically. Their anecdotes described his wit, intelligence and political acumen. It was striking to be reminded that Che exists in living memory.

We then traveled to the province of Pinar Del Rio and visited the Cave of los Portales, where Che ran a command center during the Cuban Missile Crisis.

We got our first taste of voluntary work, an important aspect of international solidarity brigades. In the spirit of Che, we pulled weeds, macheted undergrowth, hauled rocks, harvested rice and performed other helpful tasks around the CIJAM camp. That afternoon, we traveled to the Morro-Cabaña fortress complex built by Spanish colonizers but later taken over by the revolutionaries.

In the evening we were welcomed at the Casa de Amistad, or House of Friendship, a repurposed colonial mansion. After dinner and drinks, we were treated to a cultural presentation by talented Cuban singers. There was something delightfully revolutionary about our beautiful surroundings. These old-money trappings had been fitted with socialist decorations, such as vases displaying pictures of Lenin and Fidel. The Casa de Amistad is across the street from the embassy of the Democratic People’s Republic of Korea. The DPRK’s flag flew proudly near the merriment that night.

After a late night, the brigade was up at 3 a.m. to begin a long trip out to the provinces. We were headed to Sancti Spiritus, with a stop first in Santa Clara. Our caravan of six buses hit the road at 4 a.m. Comrades were solemn and respectful at the Santa Clara memorial and the mausoleum that holds Che’s remains, as well as those of his compañeros who were martyred alongside him in Bolivia.

The mausoleum was freezing cold and silent, in contrast to the heat outside. Jungle plants flanked the gravesites, simulating the Bolivian jungle where Che and his comrades perished. An attached museum features rare photographs of Che and artifacts from his life. A bronze statue of Che stands over a large plaza, where we would gather three days later for the official commemoration of his death.

A quick visit followed to a memorial of the rebels’ heroic derailing of former dictator Fulgencio Batista’s train in Villa Clara. We then attended a charming reception by local authorities and schoolchildren from Sancti Spiritus, a historic town about an hour from Santa Clara.

The brigade traveled to the municipality of Yaguahay in the province of Sancti Spiritus. There a memorial honors Camilo Cienfuegos, a hero of the Cuban revolutionary war. He is honored with a museum and an eternal flame, as well as a memorial dedicated to his favorite horse. Young people at the nearby Camilo Cienfuegos military school provide a round-the-clock guard for the eternal flame. The guard changes every 15 minutes to dramatic organ music.

That afternoon, at the University of Sancti Spiritus, we received an in-depth talk from the Civil Defense that keeps Cuba safe in times of trouble — whether war or natural disaster. Sancti Spiritus was hit heavily by Hurricane Irma. A youth described his experiences aiding heavily affected towns and villages. It was inspiring to hear how people whose houses survived the wind and water hosted those whose homes were more vulnerable.

Before the hurricane even started, civil defense and youth organizations went door-to-door to spread awareness, while mass media were used to alert at-risk regions. The unofficial motto of the Civil Defense seemed to be “Nobody gets left behind.” This emphasis on “people first, property second” stands in stark contrast to hurricane and disaster management in the U.S.

That evening, we visited a local Committee for Defense of the Revolution. These community organizations serve individual neighborhoods. The one we visited organizes blood drives, health education and other community support. Some comrades imagined the CDR visit would be like the Civil Defense talk — a sit-down in a room, a political discussion, a Q&A. What actually happened was much better — a dance party in the streets!

After doing voluntary work at an organic urban farm in Sancti Spiritus, we explored the town. Brigadistas got Wi-Fi cards, went to the natural history museum, drank coffee, bought books and souvenirs, or just happily wandered and explored the historic town with its beautiful architecture. We went to bed early because the next day would be our earliest wake-up time yet — 2 a.m.

Our bus rode through the countryside in the dark, quiet hours before dawn. We had to be in Santa Clara by 5 a.m. to get to the plaza by 6 for a ceremony that started at 7. This ceremony was the reason for our visit. The streets were filled with Cubans from miles around.

At 7:30, an entourage of family and state officials, including Raul Castro, many wearing olive green army drab, emerged from the mausoleum and took their seats at the front of the massive crowd. The sun rose high in the sky as the Cubans sang, performed music, danced and read poetry, all in honor of military and political leader Che Guevara.

Local children sang and read speeches. Military men and women laid a huge wreath in the shape of a red star at the base of Che’s statue. A speech by Cuba’s vice president met with roaring applause.

The atmosphere was solemn at times, but mostly it was celebratory. Thousands of people from Cuba and abroad had gathered, not to mourn but to celebrate this extraordinary man who, 50 years after his death, remains present in the hearts and minds of all who fight for freedom.