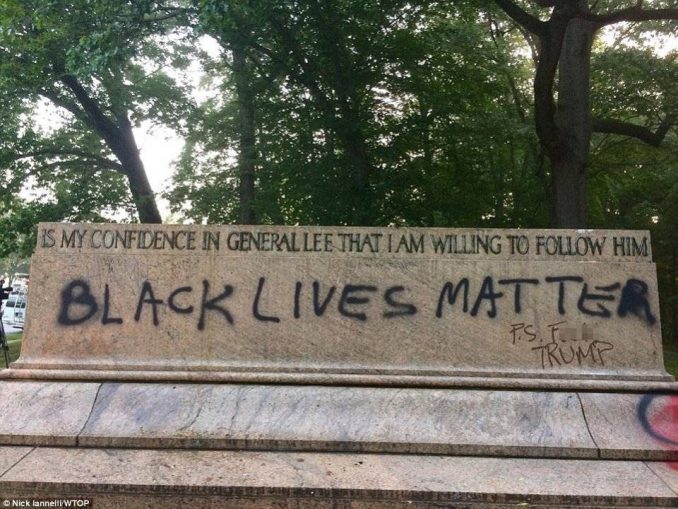 As if further proof was needed that Trump and many administration officials  are pro-white supremacy, White House Chief of Staff, John Kelly, helped seal the deal on this issue with his comments during a Fox TV News interview on Oct. 30.

When host Laura Ingraham asked Kelly about the recent struggle to bring down Confederate statues which honor slavery, Kelly defended them: “I would tell you that Robert E. Lee was an honorable man. He was a man that gave up his country to fight for his state, which, 150 years ago, was more important than country. It was always loyalty to state first back in those days. Now it’s different today. But the lack of an ability to compromise led to the Civil War. And men and women of good faith on both sides made their stand where their conscience had to make their stand.”

Sanders went on to say: “That doesn’t diminish their contributions to our country, and it certainly can’t erase them from our history.  And General Kelly was simply making the point that just because history isn’t perfect doesn’t mean that it’s not our history.”

Lee, Jefferson and Washington were slave owners.  Lee was a commander of the Confederate States Army during the Civil War.

Kelly is the former secretary of the Department of Homeland Security and is a retired four-star general in the U.S. Marine Corps.

To put Kelly’s views into political context, it was Trump who stated that “both sides” were to blame for what happened in Charlottesville, Va., on Aug. 12, when armed neo-Nazis, Ku Klux Klan and other alt-right forces  viciously attacked anti-racist activists. Their actions resulted in the murder of anti-fascist Heather Heyer by a neo-Nazi who drove his car into a crowd.  Neo-Nazis at the same rally nearly beat to death DeAndre Harris, an African-American youth.

These white supremacists had gathered in Charlottesville to defend a statue of Lee and prevent it from being taken down. Courageous actions by anti-racist protesters have removed Confederate monuments around the country in Durham, N.C., New Orleans and other cities.

The U.S. Civil War was a struggle between two social systems — chattel slavery and wage slavery (capitalism), which could no longer co-exist side by side. Although the Union army defeated the Confederate army on the battlefield, surviving members of the slavocracy were allowed to regroup into extra-legal terrorist organizations like the KKK — thanks to pro-slavery sympathizers in the White House, led by President Andrew Johnson.

Because Lee and other Confederate leaders called for Southern states to secede from the Union — which was deemed treasonous — shouldn’t Kelly’s and other Trump officials’ defense of the Confederacy also be viewed as treasonous?

Some members of the Black Congressional Caucus state that Kelly needs a “history lesson” on what the Civil War was about.  However, in reality,  Kelly, Trump and their ilk are more than aware of whose side they are on.  And it is not the side of the workers and oppressed peoples.