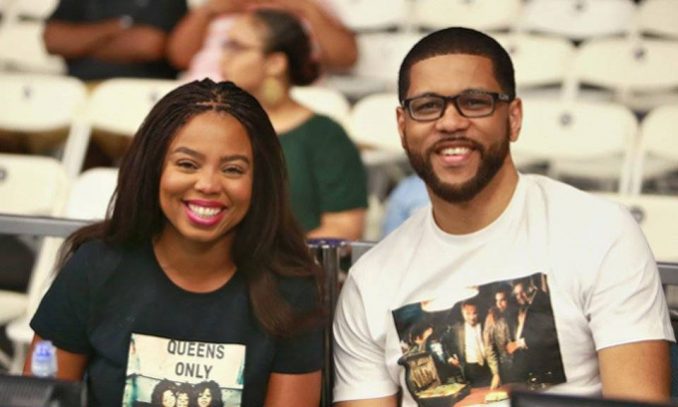 Some of the most prominent athletes, especially in professional sports, are refusing to be viewed as “dumb jocks” or to be admonished with “just shut up and play.” They’re speaking out more and more on social issues, especially the ongoing crisis of police brutality and systemic racism. These voices are playing critical roles in helping to raise consciousness among broad layers of the U.S. population on centuries-old racial injustice.

Former San Francisco 49ers quarterback Colin Kaepernick ignited this recent trend in August 2016, when he refused to stand for the playing of the national anthem during preseason and regular season National Football League games. He made it clear that he was carrying out his protest against police terror on Black and Brown communities. He also stated that he refused to vote for either Hillary Clinton or Donald Trump for president because of their racist attitudes.

Once Trump was elected, more and more athletes have both verbally and in action expressed their opposition not only to Trump’s vehement racism toward Black, Brown and Muslim peoples, but also to his disgusting misogyny and anti-transgender attitudes. This is especially true given Trump’s outspoken affinity for white supremacist groups, especially the Ku Klux Klan and neo-Nazis, who viciously attacked anti-racist activists in Charlottesville, Va., on Aug. 12, killed white anti-fascist Heather Heyer  and wounded Deandre Harris, a 20-year-old Black man.

The justified criticism leveled against Trump for giving the green light to racist, fascist scum to raise their ugly heads has not been confined just to athletes but also to prominent sports commentators. Jemele Hill is a perfect example. The 41-year-old Black woman is a prominent sportscaster with a Monday-through-Friday, prime-time Sports Center show on ESPN called “The Six” with her longtime co-host, Michael Smith, who is also African-American. 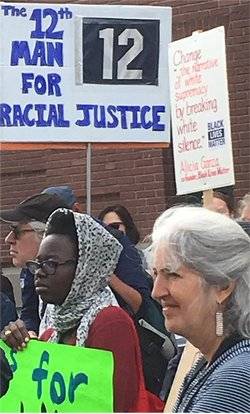 Activists held a protest in Seattle before Sept. 17 game between the Seahawks and 49ers in support of Kaepernick being assigned to a team and for Michael Bennett, an outspoken Black Seahawk player, assaulted by Las Vegas police on Aug. 27. A similar protest was held outside the Atlanta Falcons stadium Sept. 17 during their first home game.

As a result of expressing her views, the president of ESPN, John Skipper, who is white, criticized Hill’s remarks. He stated that ESPN is “about sports”; that “ESPN is not a political organization”; and “where sports and politics intersect, no one is told what view they must express.”

Skipper continued: “At a minimum, comments should not be inflammatory or personal. We had a violation of those standards in recent days and our handling of this is a private matter.” (si.com, Sept. 15) Skipper ceased to view this as a “private matter” when he demanded publicly that Hill apologize for her remarks.

The sportscaster responded on Twitter Sept. 13: “My comments on Twitter expressed my own personal beliefs. My regret is my comments and the public way I made them painted ESPN in an unfair light. My respect for the company and my colleagues remains unconditional.”

Trump and those in his administration have called for ESPN to fire Hill for telling the truth about his history of outright racism even before he became president. One of the most notable facts is that he called for the death penalty for the Central Park Five, young Black and Brown men who were falsely accused of raping a white woman in New York City. Following the Fives’ exoneration, Trump refused to retract his heinous statements. Trump was also in violation of the Fair Housing Bill of 1968, when he tried to maintain segregation in 39 buildings he owned in New York City. And Trump stated after Charlottesville that there were “good people” among the white supremacists.

In calling Hill’s comment a “fireable offense,” White House Chief of Staff Sarah Huckabee Sanders is being hit with an ethics complaint by the Democratic Coalition, an anti-Trump Super PAC tied to the Democratic Party.  The coalition says that Sanders violated a federal law which states that no executive branch employee can influence a private employer’s decision to hire or fire one of its workers “solely on the basis of partisan political affiliation.” (The Root, Sept. 16)

In the meantime, Hill’s colleagues, starting with Michael Smith and prominent athletes such as Kaepernick, Golden State Warriors’ forward Kevin Durant, progressive sports writer Dave Zirin and many others, have stated their support for Hill on Twitter with #IStandWithJemele. It was also reported that when Skipper sought to replace Hill on her Wednesday show, he got no takers — because replacing Hill would be seen as scabbing.

As of Sept. 17, “Blackout for Human Rights,” a coalition of athletes, artists and filmmakers, has initiated a boycott of the 2017 NFL season called “BlackOutNFL” in solidarity with Kaepernick, Hill, Bennett and others “who speak out on injustice and white supremacy in America.” (blackoutforhumanrights.tumblr.com/)